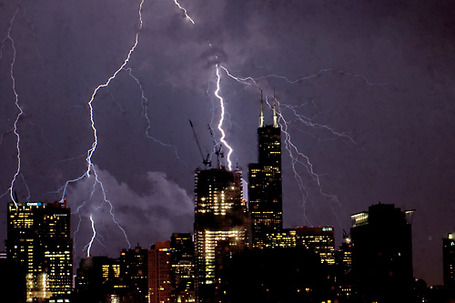 I spent much of last evening watching the storms knock over branches and pelt our windows, and lightning streak the sky, and knock out power. So I am using the quiet time to check out some blogs that are not (yet) on my feed reader, checking up on those other teams, and avoiding work. I mean checking out what others have to say.