Congrats to Eva Mendes for topping Ask Men's top 100 list of 2009. By now, that actually might be a solid honor - studios will be even more eager to cast her.Below the fold, a tasteful and a less tasteful Eva Mendes picture. Because she's pretty and these games are not pretty.

It's also a cheap excuse for an Eva Mendes photo (a tasteful one. You know how hard it is to find a tasteful photo of Eva Mendes? Do the search yourself!) in a post about St. John's ugly season. So there you are.

And also, enjoy a preview from Vin Parise's blog. And back to basketball:

It's funny to see other writers (or "bloggers" as folks like to call those who write for web only, though much of the good sports writing is on the web these days) who look at St. John's and think, damn, we have to be able to beat THEM.

For example, WeAreDePaul think the Blue Demons' best shot at a conference win - and not going 0-for the Big East - is at home in February against St. John's.

I do think DePaul will pull one out with a good performance - it's hard to go 0-fer - but St. John's would team them up. I hope.

And those untasteful photos of Eva Mendez look like this: 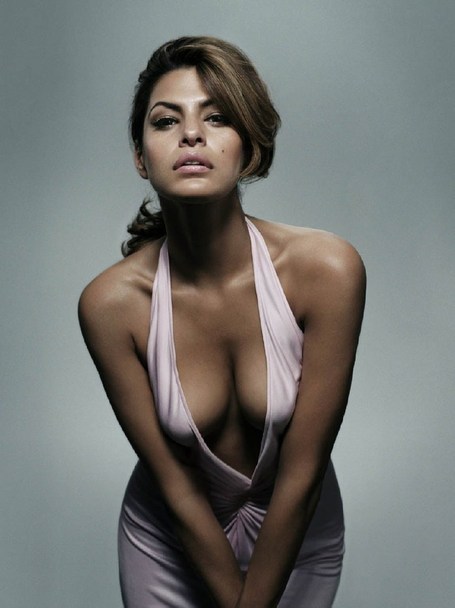