Share All sharing options for: What to look for in the 2K Sports/ Coaches vs Cancer Classic

Just above Penn Station in Manhattan, that old familiar Rumble is coming back. The squeak of shoes, the roar of crowds, folks filing in on 7th Avenue for a big game, floor burns and primal screams, the arguments over which team really came to play under the bright lights of Madison Square Garden. New York City - and the Garden - gets basketball once more.

Yes, despite the NBA owners' and players' inability to come to a collective bargaining deal, this week is filled with action at the Garden - starting with tonight's Champions Classic and the 2K Sports Classic benefiting Coaches vs. Cancer on Thursday/ Friday.

St. John's comes into the 2K Sports Classic with a 3-0 record, knowing that the young team will be tested by two of three talented major conference squads looking for a pair of W's and a tournament trophy. For all four teams, this tournament will be their best competition to date - a measuring stick for their team, and a possible jump-off point into the national consciousness.

What to watch for from each of the teams in the 2K Sports/ Coaches vs. Cancer Classic in our quick tourney preview, below the fold. Come back for more preview posts in the next two days, focused on the Red Storm/ Arizona Wildcats matchup. 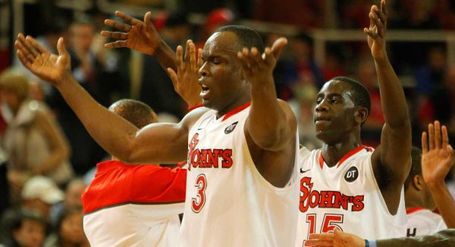 At 3-0, the running Red Storm have found themselves answering adversity with turnovers and transition baskets. The team is mostly new (1 returner from last year in Malik Stith), mostly young (two of the upperclassmen are new to the program from Junior College), but they are athletic.

The recruiting class was ranked third by a number of prominent recruiting sites (including Rivals, ESPN, and Scout). Coach Steve Lavin led the Red Storm to their first NCAA Tournament berth last march after a nearly ten-year drought. They have received some votes in coaches' poll (but not the AP poll).

The Johnnies have gotten balanced scoring from the big three of 6'8 God`sgift Achiuwa (forward, 17.7 ppg/ 8.3 total rebounds per game), 6'8 Maurice Harkless (forward, 16.7 ppg/ 6 rpg/ 1.6 blocks per game), and the 6'3 scoring point guard Nurideen Lindsey (16.3 ppg/ 4.7 assists per game), with help from D`Angelo Harrison (14.3 ppg). We'll discuss the team and their specific matchup more tomorrow afternoon, but the team can put up points in a hurry.

St. John's will face Arizona for the first time ever on Thursday around 9.30 pm. 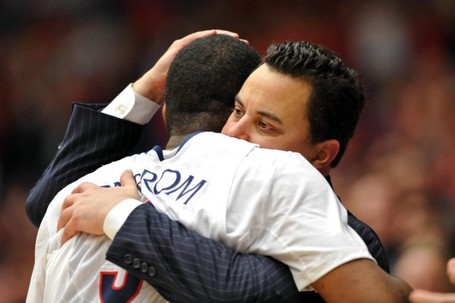 The Pac-12's Arizona Wildcats, led by Sean Miller, are ranked #15 in the AP poll and 16th in the Coaches' poll. Along the way, the 'Cats have had to fight and claw their way to the 3-0 record in the friendly confines of the McKale Center.

The Wildcats are adjusting their on-court roles after the departures of Derrick Williams (#2 pick in the NBA Draft) and Lamont "Momo" Jones (transfer to Iona to be closer to home). Despite slow starts, Arizona has stifled opposition in the half court with strong man-to-man defense. The Wildcats also shoot well enough to pull out wins; they've outscored each of their first three opponents in the second half. 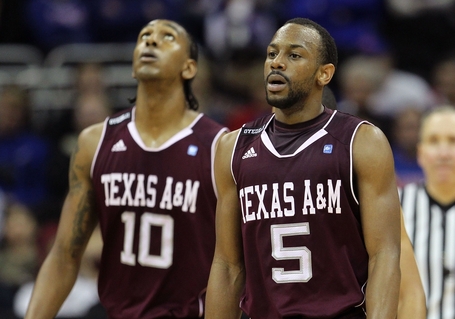 The Big 12's Texas A&M are ranked #19 in the AP poll and #18 in the Coaches' poll. The tournament-tough team from Texas faces Mississippi State in the first game of the Madison Square Garden doubleheader at 7.00 pm. The Aggies have dealt with bad news recently - Coach Billy Kennedy was diagnosed with Parkinson's disease, and star forward Khris Middleton is out for about a month. Coach Kennedy is back on the sidelines, and is excited to coach his veteran team to victories.

Middleton's scoring and all-around high-IQ game will be missed. But the Aggies have an imposing front line with David Loubeau (12.5 ppg), Ray Turner (20 ppg/ 7 rpg/ 1.5 steals per game), and Kourtney Roberson (9.5 ppg/ 4.5 rpg) to attack opponents with. Elston Turner, a transfer from the University of Washington, provides scoring in the backcourt (13.5 ppg/ 3 apg) while Dash Harris runs the attack (4 apg).

The Aggies will face the Mississippi State Bulldogs for the third time in their history. 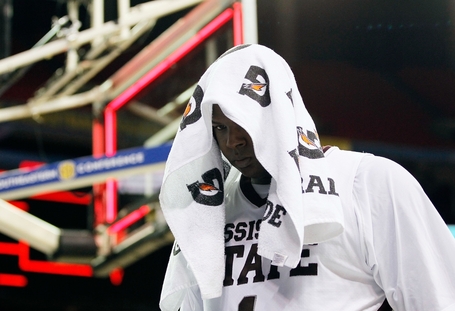 The only team entering Madison Square Garden with a loss (to Akron), the Bulldogs are unranked in both polls. Longtime MSU head coach Rick Stansbury's has a number of very talented players on his squad, headlined by point guard Dee Bost's and his comprehensive stat line (17.3 ppg/ 6 rpg/ 3.3 apg/ 2 spg). Bost is complemented by talented side inside the paint in 6'10 Renardo Sidney (10.5 ppg/ 4 rpg/ 1.5 spg/ 1.5 bpg) and 6'11 UTEP transfer Arnett Moultrie (16.3 ppg/ 12.7 rpg). Sidney was sidelined in the last game against South Alabama with a groin injury; it's unknown if he will play on Thursday night, but it looks unlikely.

The Bulldogs were hoping for a breakout season from the talented Sidney, hoping to get him into the kind of playing shape that shows off his versatile talents. For now, Bost and Moultrie are the team's on-court leaders, with shooting help from freshman wing Rodney Hood (12.3 ppg/ 5.7 rpg). Moultrie had a career-high 28 points, and the Bulldogs ran more in Sidney's absence, so they may be a different team without Sidney.

Stansbury is the all-time leader in wins as head coach at Mississippi State, and has the 11th most wins in SEC history.