After 12 days of dormancy that brought the announcement that St. John's point guard Nurideen Lindsey has transferred out of the school, the Red Storm are back in action.

The finals week basketball hiatus is over. The Johnnies will look to make sure that their on-court struggles are over as well. The Red Storm is set to battle the Fordham Rams in an intra-city battle on Saturday afternoon at Madison Square Garden in this year's installment of the Holiday Festival.

With head coach Steve Lavin continuing to recover from October's prostate cancer surgery, St. John's will look to improve upon their disappointing 4-5 start. Since capturing victories in its first three games, the Red Storm have subsequently dropped 5 of its last 6.

This will be the first meeting between the programs since last year's upset at Rose Hill. Though the Johnnies present an entirely new-look cast of characters, the team and its fans are hungry for revenge.

The A-10's Rams (4-5), led by leading scorers Chris Gaston and Devon McMillan, look to make it two in a row over the boys from Queens. 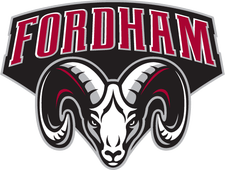 When Tom Pecora decided to leave Hofstra for the head coaching gig at Fordham, he knew it would be a project. Since the beginning of the 2007-08 campaign, the Rams have been 29-94. St. John's fans have the engraved mental image of students in maroon storming the court. There hasn't been much of that.

Pecora, a Queens native, has been around a lot of Metropolitan college basketball since he graduated from Adelphi in 1983. He was even considered for the St. John's job 21 months ago. In 2011, he is faced with his biggest challenge yet. Fordham basketball hasn't been a winner in years.

Fordham already has more than half the amount of wins it had a year ago. Its four victories represent a better start than the Rams have had in previous seasons. Unfortunately, the average RPI of its victims is 288, according to RealTimeRPI.com. Yes, we just broke out the infamous RPI before Christmas.

Though it may not be showing too much yet, Pecora is laying down the foundation for a improving group. It takes a long time to raise a program from the depths of a conference as strong as the A-10. He needs to find ways to keep the city's talent home and create a Rose Hill attraction. 5'10'' guard Devon McMillan of Brooklyn is a freshman, and he is averaging double figures.

There could be some light at the end of the tunnel, but that doesn't necessarily mean that everything is pretty. Actually, the Rams aren't quite close to that yet. I got the chance to see Fordham in person last Wednesday in its loss to Manhattan. What I saw was an over-matched squad that couldn't shoot and couldn't defend.

The statistics don't lie. Fordham is allowing 7.2 more points than it's scoring per game and is ranked 321st and 306th respectively in FG% and points. Shooting just 25.5% from the perimeter, they throw up a lot of rim clunkers. This could play into the Red Storm's advantage, who may be able to more comfortably pack the interior in the zone set.

Fordham does have some height, which could raise some concern to the smaller Johnnies. Kervin Bristol, who may not be the most potent offensive threat, is a 6'10'' body that pulls down over 7 boards per night.

Either way spin it, this will be Fordham's lone chance in 2011-12 to play at the Garden and they will certainly want to create a winning streak against the Big East's St. John's.

Fordham Strength: Rebounding. The Rams pull down just over 38 boards per game, which ranks them 76th of the 344 Division I basketball schools. Gaston (9.9) and Bristol (7.4) combine for an average of 17.3 rebounds, while St. John's leaders Moe Harkless and Achiuwa pull down 14.7. What's the difference in 3 rebounds? That could result in an extra possession or two in a close game.

Fordham Weakness: Anything Outside the Arc. We already visited this above, but it's worth mentioning twice. Fordham shoots a depleted 25.5% from 3-point range. Sure, the Johnnies don't shoot much better from the perimeter, but that won't affect Fordham's shooting. St. John's allows opponents to shoot 34.2% from outside. Something's got to give.

Fordham Strength: Nothing To Lose. For the second consecutive year, St. John's will be favored against the Rams. Whenever the Johnnies square off against foes from the city, they are always expected to come out victorious. Tom Pecora and his team expect to win on Saturday, but a respectable performance would be accepted considering the struggles they have endured.

Fordham Weakness: Maintaining Possession. Fordham turns the ball over just under 17 times per game and has a negative margin. With a freshman point guard in McMillan, the Rams will need to find a way to deter the patented St. John's 3/4-court pressure. Lavin's scheme is known for causing turnovers in the back court. Now that Sir'Dom Pointer could see increased minutes, opponents' anxiety meter may be rising. Strong guard play is key to knock off the Johnnies.

The Five Points / Keys to the Game

Remove Doubt and Do It Early. The youthful St. John's team has made a habit of falling into holes early in games. In some instances, they overcame the deficit. In others, they didn't. The last thing that the Johnnies need in a game about city bragging rights is to give Fordham confidence in the first half. By creating distance and finding ways to maintain that breathing room, the Red Storm will enjoy a comfortable afternoon at the Garden. If they don't, well, they won't.

Cause Havoc and Create Easy Opportunities. This is a key to every game for St. John's. Steve Lavin's teams are predicated on the need to create fast break points through turnovers. The Johnnies found their success last year, and at times this season, by making guards uncomfortable in the back court. If they are able to force Fordham's ball handlers to make bad decisions, St. John's could have some exhilarating finishes at the other end.

An Offensive Breakthrough? In recent games, the St. John's half court offense has appeared rather stagnant. They have been waiting for the shot clock to dwindle to single digits before even thinking about an attack. In Kentucky, it resulted in six shot clock violations. In Detroit, it resulted in deep prayers that barely nicked the rim. The Red Storm could really use a hot shooting night from D'Angelo Harrison or Phil Greene.

Pack the Inside. To this point, Fordham has been unable to prove that they can beat anyone from the perimeter. St. John's needs to enter Saturday's game with the objective of stopping the forces that can really cause problems. Obviously, the Red Storm zone set allows a good number of open looks. If the Rams start to convert, it will call for in-game adjustments. The game plan will be to defend the Fordham big men. Pecora's kids have to give St. John's a reason to believe otherwise.

A Narrowly Focused Mindset. There has been a lot of off-court news surrounding the program recently. Between the ineligibility news, de-commitments, Lavin's uncertain return, and Lindsey's decision to transfer, the young Johnnies have endured many non-basketball related distractions. Whether it has affected them in the three most recent games or not, it is imperative that they focus on the task at hand. Saturday is 40 minutes with Fordham. And, for now, that's it.

Prediction: Though St. John's does have the advantage in talent level, it is reasonable to expect that Fordham will give them a fight. Both teams are certain to be excited for the match-up. St. John's wins, 65-58.