I'll be following the game and posting notes and some stats on this game thread - comment freely below. See the Rumble in the Garden Game Preview for pregame analysis as well. 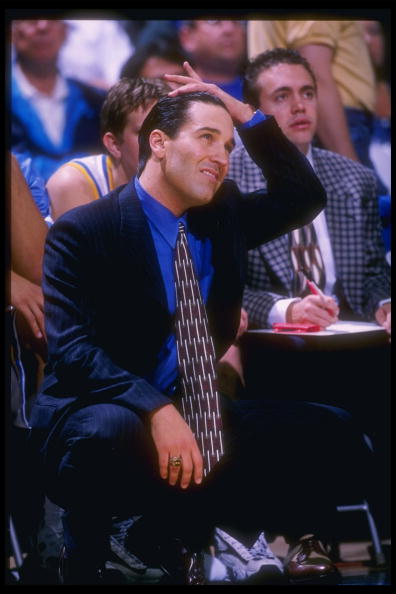 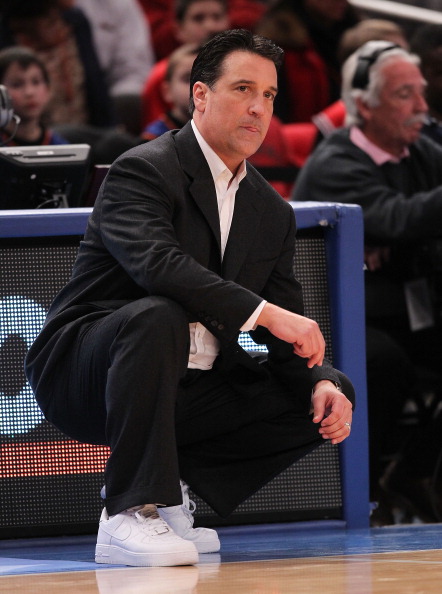 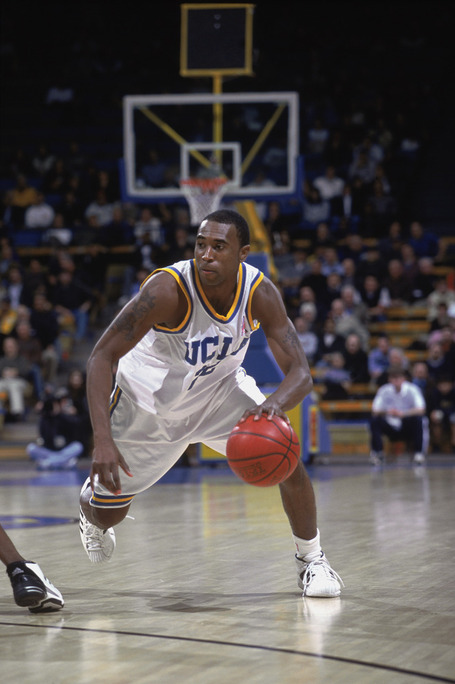 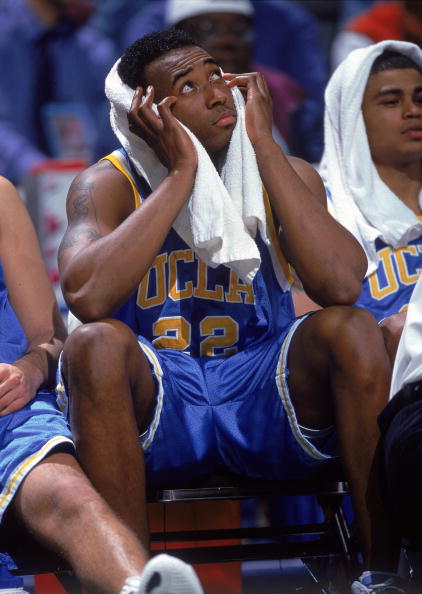 When I visit New York, I like to go back to my old job and visit. I wasn't fired, but I was certainly shifted to less important projects before I picked up and moved to the midwest. I get why. I'm not sad; in fact, I enjoy what a notable turdshow my old place has become. I get to return like the conquering hero, living in a place that I won, doing interesting work, and not subject to the whimsy of volatile management.

I hope it feels the same for Steve Lavin as he returns with the St. John's Red Storm. He's loved by New York right now, already bringing interest to a program that was losing the interest of the city's college hoops fans. He's got a great recruiting class coming in.

A nice defeat of the Bruins would really make him smile and wax (overly?) poetic about life, basketball, bagels, sunshine, snow, woodland creatures, coaching greats, whiskey, and whatever else crosses his mind - the Lav has a lot to say. Hopefully it will be spoken as a conquering, more mature, returning hero. Links, after the jump. And comment below!

NY Post: Johnnies coach back where it began - NYPOST.com
"It's tough for me to see a team that talented and for someone to give up on it the way he has," Baron Davis, who remains a Lavin friend, told the Los Angeles Daily News.

NY Daily News: St. John's basketball coach Steve Lavin returns to his former home, UCLA, with the Red Storm
Lavin isn't expecting a warm reception when he leads the Red Storm (13-8) out to face Ben Howland's Bruins (15-7). He expects something snarky from the student section, "clever ... spirited and supporting the home team," he said.

Howland believes the reception will be "very warm ... he gave 12 years of his life to UCLA."

Foxsports/ The Daily: Ex-UCLA coach Steve Lavin brings St. Johns to Westwood
Lavin holds no grudge. "At UCLA you’re hired to be fired," he says. "There’s only one pope, that’s John Wooden. I’m just fortunate I was able to spend that much time in the Vatican."

Lavin’s parents are originally from Long Island. Cap, a standout guard at the University of San Francisco, played at Madison Square Garden in the 1940s. This job, he says, is a homecoming. "It’s funny," says Lavin, who took UCLA at least as far as the Sweet 16 in five of his seven seasons.

"I had a writer use the ‘If I can make it there, I’ll make it anywhere’ line on me about this job. He said, ‘There’s no pressure like New York City.’ "

"I thought, 'Does he have any idea what it’s like to occupy the same seat that John Wooden once did?' "

LA Times: Steve Lavin: St. John's Steve Lavin returns to face UCLA
The adjustments have been easier for Rico Hines. The former UCLA standout, Lavin's first Bruins recruit and one of his assistants at St. John's, said Lavin hasn't changed much over the years.

"He still preaches the same things that he was to us when he was recruiting me: Treat people right, get a degree," Hines said. "Basketball-wise, the only thing he's changed is he takes his time a little bit more now as far as decision-making, thinking things through."

ESPN/ Dana O'Neil: Mixed emotions as Lavin returns to UCLA
It’s a scar that even after a seven-year hiatus from the profession, still dogs Lavin, especially after Ben Howland came in and eventually raised Lavin’s lone Elite Eight with three consecutive Final Fours.

"I remember him because my parents are both UCLA graduates and I’ve been watching games forever,’’ said senior Michael Bromberg. "I like him, but honestly, I was surprised he got such a big-time job like St. John’s.’’

OC Register: Lavin returns to UCLA with 'wonderful life'
Along the way Lavin has referenced not only Keady and Knight and Pete Newell and John Wooden, but Thomas Jefferson, Don Zimmer, countless authors, the Karate Kid, the Great Santini, Vince Lombardi, Noah's Ark and Buddha. But mainly, Lavin channels his inner Jimmy Stewart.

"It's a wonderful life," he said referring to what he calls his "magic carpet ride through basketball."

Daily Bruin: A Lav-ish Reunion
As the years went on, Lavin proved a great recruiter and was becoming known as a "player’s coach." Rico Hines certainly saw it that way. Hines was Lavin’s first UCLA recruit, eventually serving as the team’s captain in the last three of his five collegiate years.

"I like how he communicated with us," said Hines, recalling his days as a player. "He was always fair."