This might just be our last 5 questions of the season, given the short turnaround times of the Big East and NCAA Tournaments. I'll miss you, 5 Qs.

But to end the season, we get to spend some e-time with Ken of Voodoo Five. It's been a tough year to write about the South Florida Bulls, and Ken and crew have done it with requisite humor and a level-headedness I don't think many bloggers have.

I answered some questions about the Red Storm, their future, Big East expansion and more. and We go on about how the Bulls got to a 9-win season, the threats and weaknesses of the Bulls, how South Florida can compete in the Big East, and which South Florida guards could possibly go all Hazell/ Edwin on St. John's tomorrow, spoiling senior night, below the fold.

1. Wow. This has been a bad year. Explain how the Bulls have gotten to this place - what miscalculations were made, who didn't develop? 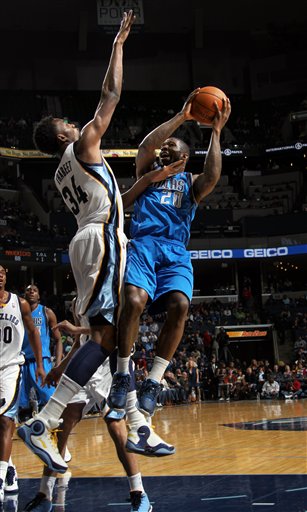 I think the first miscalculation was that Dominique Jones peaked one year too early. I think Heath was building this team around Jones for a run this season. I don't know how many more wins we would have had this season, but I think we'd at least be in the NIT again this year.

Anthony Crater just doesn't have it at the point. He plays timid and won't attack the basket at all. His defense has also regressed this season. He'll also try to Jimmer a three just because. We should move on before I start throwing things.

1a. What have been the biggest issues that have held the South Florida team back this year?

Not having a guard who can make a simple entry pass. Having any of our bigs post up near the rim, and them having to move 3-4 feet from their original position never really helps. We also can't beat the press to save our lives. Everything really falls into St. Johns' hands for this one.

2. Who are the biggest threats on South Florida, offensively and defensively?

On offense its Augustus Gilchrist. He'll hardly pass out of a double team, but sometimes it doesn't matter, it's still going in. He's a maddening player to watch, he's one of the more talented bigs in the conference, it just looks like he coasts for long stretches of the game. If he had the determination or Basketball IQ of Dominique Jones, he'd average 20-10 a night easily he's that good. I just don't think he'll ever reach his full potential.

Defensively it's a tie between Hugh Robertson and Ron Anderson Jr. Hugh is a 6'6 Junior who takes on the toughest defensive assignment each night. He has an extremely long reach, and has slowly but surely become more of a vocal leader this year.

Ron is a 6'8 transfer from Kansas St., and does all the little things you need from a post player. He has a knack of knowing where the rebound will be at all times, he hedges on ball screens extremely hard, and will even draw a charge if he needs to. He's become my favorite player on the team this year.

2a. Does Gilchrist remember that he's tall, or does he still take ill-conceived long jumpers?

Every once in a while he'll remember and post up, but for the most part he's 15-20 feet away from the basket shooting jumpers. The sad thing is that he's the best shot from around that range.

3. Where is there hope for the future of South Florida basketball? Will the team be relevant soon? If not, is there a coaching change coming?

I think the lack of history USF basketball has plus the horrible facilities the coaching staff had to deal with brought it all to a head this year. Losing your entire backcourt was a huge blow, and we just didn't have the depth to combat it this year.

I think Heath has at least three more years to turn it around. This is a coach who has succeeded at every stop he's been at, and the Athletic Department is finally giving him the resources to compete. Now its all on Heath to see if he can bring in a solid recruiting class with 5 available scholarships next year.

3b. There are facilities upgrades coming? 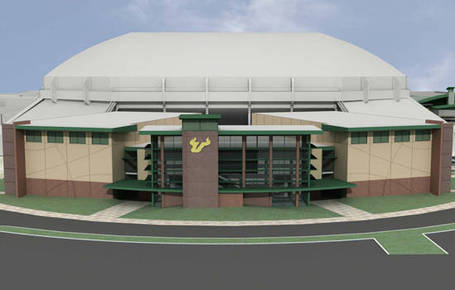 Yes. Right now the new 50,000 sq. ft. Muma Basketball Center is under construction, and should be ready for the beginning of fall classes next year. The Sun Dome is also about to get a face lift later this month.

The State Board needs to approve the construction at their next meeting, but it should pass no problem and the Dome will start to be gutted out the next day. Even if the Sun Dome renovations take longer than expected, the St. Pete Times Forum is there as a backup venue should we need it.

4. The Bulls have shown a little fight recently - is it just that their opponents underestimate them or is the team getting better?

We had the doors blown out against us vs. Notre Dame, and I think Heath got on them for quitting like that. Just more effort on defense and at least trying on offense.

4a. Why don't the younger guys play more? And what help is on the Horizon?

There aren't really a lot of young players on this team. The only freshman on the roster is backup PG LaVonte Dority, and Heath doesn't trust him right now running the show. He does show flashes that he can play, but we might have to wait until next season to find out for sure.

4b. Why doesn't Ron Anderson start? His numbers look AWESOME.

He does start most of the time, but Heath will throw Jarrid Famous or Toarlyn Fitzpatrick in for a start every once in a while. If I could let Ron play 40 minutes a game, I would do it in a heartbeat. I LOVE Ron. He's been the only reason why I haven't given up on this team.

4c. Describe the pluses and minuses of the big men. That should be an imposing front line. What's up with them?

We talked about Gus already.

Ron is probably the best overall big we have. He can rebound and play defense well, can help out with the press, and is pretty decent at the line. He can drain a jumper pretty consistently from the elbow, but would rather stay in the paint. Ron is easily the most consistent player we've had this year.

Toarlyn Fitzpatrick is pretty versatile, and can go from small forward to center without losing much. Fitz has a knack for grabbing 3-4 offensive boards, and can finish down low. He can shoot the three, but if the first one goes in gets a little too comfortable on the perimeter.

Jarrid Famous was the odd man out this season in the post rotation, and his inability to guard bigger posts is a big reason why. He rebounds well when in position, and is able to draw fouls and make his free throws. He does venture out from the post every once in a while, and most of the time its bad news when he does. Just does not have the range the other three posts have.

4d. which of the guards of South Florida could have a breakout shooting performance?

Just going to throw Shaun Noriega's name out there. If there's a zone breaker on this roster, its Shaun. We'll know for sure after his first three point attempt, but if it goes in watch out.

4e. What happened to Jawanza? I thought he was going to be fantastic. The team hero. Your "Preston!"

He's still there, just been hampered by a back injury over the last couple of weeks. I still think he will be a very productive member of the team in the next two seasons, he just needs to work on his jump shot a little bit and needs to be able to stay out of foul trouble. He can still jump out of the gym though, was Number 7 on Top Plays yesterday after a clean block on Nasir Robinson. Just a thing of beauty.