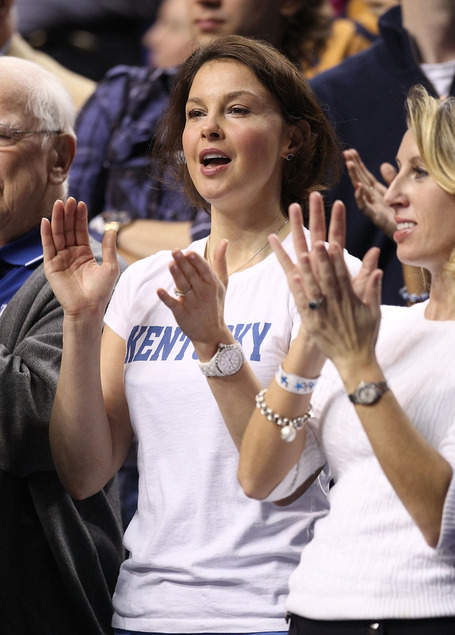 Today, the matchups were announced in the Big East/SEC Challenge, tipping off on Thursday, December 1st. As reported earlier, the Red Storm’s Noble Nine will travel to Rupp Arena to take on John Calipari’s Kentucky Wildcats in what is sure to be an ESPN primetime game.

This game adds to the gruesome non-conference schedule this young St. John’s team has to deal with in 2011. These games include the Coaches vs. Cancer with Arizona, Texas A&M, or Mississippi State, home to UCLA, and now road games with Duke and Kentucky.

But Florida vs. Syracuse and Vanderbilt vs. Louisville are also marquee matchups, while Georgetown at Alabama might be intriguing as well.

Georgetown at Alabama
This matchup is a tale of teams going in different directions. After barely missing out on the NCAA Tournament last year, the Crimson Tide are back and loaded with new recruit Trevor Lacey as well as the return of players like forwards JaMychal Green and Tony Mitchell and guard Trevor Releford. It will be a tough game for the Hoyas to win since they lose key senior guards Chris Wright and Austin Freeman, which was the bulk of their scoring in 2010. 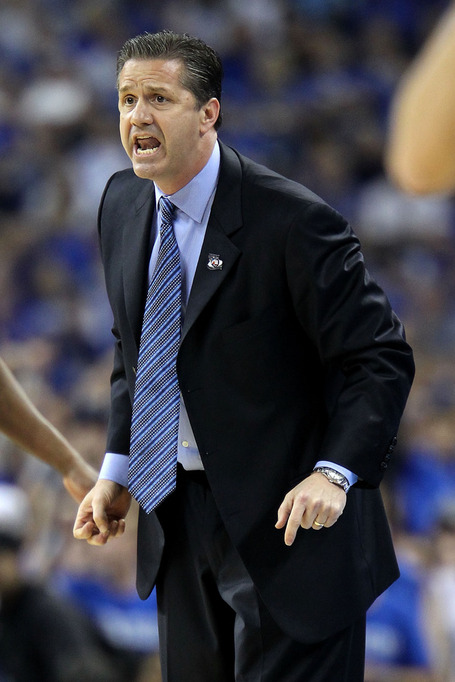 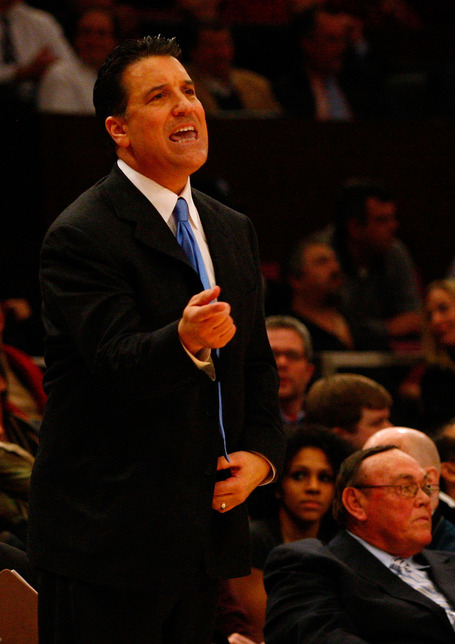 Out of the 12 matchups, this one is my favorite matchup because of all the young talent displayed in this game. Coach Calipari knows how to coach a young team because he took a team filled with freshmen to the Final Four last season.

Coach Lavin, on the other hand, will have to deal with a group of young kids for the first time after having nine seniors on his roster last season.

These two schools were two of the top three recruiting classes in most experts’ eyes. The names are endless; for Kentucky’s we could see SF Michael Gilchrist, PF Anthony Davis, PG Marquis Teague, and sophomore Terrence Jones, who should be the SEC Preseason Player of the Year.

For the Red Storm, the star freshmen will be on display in SF Sir'Dominic Pointer, forwards Jakarr Sampson and Maurice Harkless, and the upperclassmen Nurideen Lindsay and C God’s Gift Achiuwa, among many others. And they may be joined by former Arizona guard Lamont "Mo Mo" Jones could be on the way to Carnesseca Arena and suiting up for Steve Lavin this season.

Providence at South Carolina
Ed Cooley has a lot of work to do in his first year at Providence without Marshon Brooks. They do return three key players in Vincent Council, Bilal Dixon, and Duke Mondy, but they will have to find some offense heading down to Columbia. South Carolina returns all but two players from their team last year (Johndre Jefferson and Sam Muldrow). The Gamecocks could surprise some people in the SEC East this year.

Ole Miss at Depaul
DePaul might not win a lot of games next season, but they have a shot in this game. Ole Miss is missing their top two scorers from 2010, which includes star guard Chris Warren. It will be tough for the Blue Demons to handle a good blocking center in Reginald Buckner, but with seven new players joining Cleveland Melvin and guard Brandon Young, DePaul could be fun to watch in 2011.

Florida at Syracuse
Two of the top coaches in the game will square off when Billy Donovan's Florida Gators travel to the Carrier Dome to take on Jim Boeheim's Orange. Syracuse rarely loses at home in the non-conference, so it will be a tough test for a Gators' team that has no experience in the frontcourt. Their guard play can shoot the three on the zone with Erving Walker and Kenny Boynton coming back to school. Mike Rosario, the former Rutgers' guard, will play for Donovan this year to bring some experience to the group.

However, I love Syracuse this year. They have so much coming back in Kris Joseph, Scoop Jardine, and Brandon Triche. Fab Melo will emerge in his sophomore season and there is so much depth with Michael Carter-Williams and Rakeem Christmas coming in as freshmen. 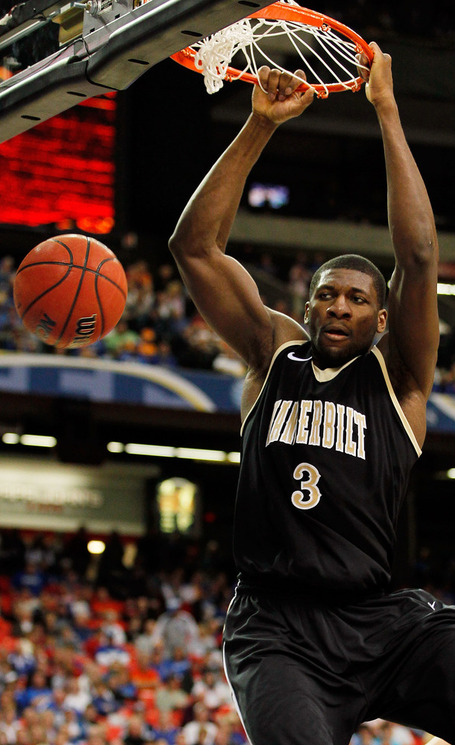 This game is my second favorite matchup because it features two top ten programs in the KFC! Yum Center. Vanderbilt finally has the experience to challenge Kentucky in the SEC with stellar shooters John Jenkins and Jeffrey Taylor returning to school.

Louisville loses its leader in Preston Knowles and forward Terrence Jennings as well, but they are still very young and talented. Keep an eye on the frontcourts in this matchup as Gorgui Dieng and Rakeem Buckles will try to contain the big man for the Commodores, Festus Ezeli.

This game could be the only one out of these 12 that features two teams that can make the second week in the NCAA Tournament.

Cincinnati at Georgia
Georgia had its run last season, but now Trey Tompkins and Travis Leslie are gone and only guards Gerald Robinson and Dustin Ware return as starters from a year ago.

This will be a good test for Mark Fox's team as they host a Bearcats' squad that returns its top four scorers from last season, including Yancy Gates. If Gates is able to mature as a player this season, he can emerge as one of the top forwards in the Big East.

Auburn at Seton Hall
Tony Barbee has Auburn heading in the right direction, but it is still a football school. Senior Kenny Gabriel is a high rising guard who makes great dunks and junior Earnest Ross is a good big man. But, Seton Hall does bring back Jordan Theodore who is a solid point guard. Despite losing leading scorers Jeremy Hazell and Jeff Robinson, the Pirates have three three-star recruits coming in for Kevin Willard with centers Isaiah Hill and Kevin Johnson helping out down low. Auburn will continue to be winless in this challenge.

Pittsburgh at Tennessee Tennessee is a team in disarray right now. Bruce Pearl is out as head coach and Cuonzo Martin is in. And this team is missing their elite playmakers Scottie Hopson and Tobias Harris who entered the NBA Draft. They are in rebuilding mode, going up against a Panthers' team that got a huge boost with Ashton Gibbs coming back for his senior season. Jamie Dixon's team just got a whole lot better. Plus, the Vols beat Pitt last year at Console Energy Center. Expect revenge in this game!

This game appears to be all West Virginia on paper. I side with the paper despite Dalton Pepper transferring to Temple this week. Kevin Jones is returning to school and it is a good thing that he is. It is a young team for Bob Huggins, but leaders like Jones and Truck Bryant will help in this game. For the Bulldogs, keep an eye on troubled player Renardo Sidney who is returning this fall. If he is able to play, he makes the Bulldogs much easier to watch on television.

Arkansas at Connecticut
Kemba Walker is not back in school, but UCONN returns most of its team that won the national championship a year ago, including sophomore Jeremy Lamb. Lamb grew up in the postseason last year and now will have to be the leading scorer in 2011. The Huskies' finish in the Big East could determine on if Jim Calhoun comes back to coach the Huskies next season. They face an Arkansas team with a new coach in Mike Anderson. Even if the talent matchup is totally in UCONN's favor, expect this to be a helter-skelter defensive ball game.

LSU at Rutgers
Mike Rice gained a ton of respect in Big East circles for the job he did with the Scarlet Knights last year, especially after nearly taking them to the quarterfinals of the Big East Tournament (officiating fail!). LSU is a team that is in the cellar of the SEC West, so I expect no problem here for Rutgers. Gilvydas Biruta will be a huge force in the middle in his sophomore year. Also, the Scarlet Knights will play in the Cancun Classic (potentially against Illinois) around Thanksgiving, so they will be prepared.