We're spending part of the month taking a look at what the Big East competition brings back to Big East play - or how the fill their personnel gaps from graduation, transfer, or players who left early for pro opportunities. Next up: the Villanova Wildcats. We're starting from the alphabetical caboose of the league. See more Mind the Gap posts.

In short: The Wildcats lose a lot of shots and a lot of skill. Can the backups from last year improve their shooting? And can new blood improve the Villanova defense? 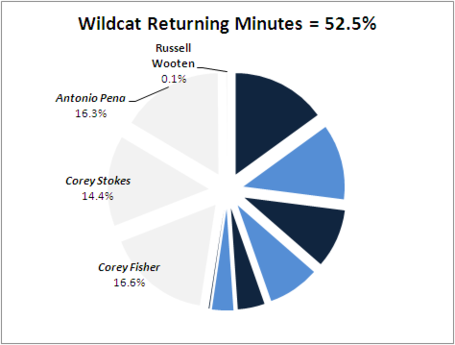 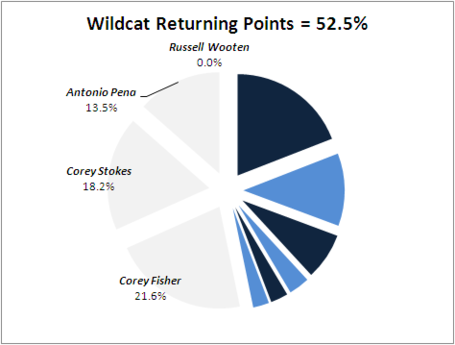 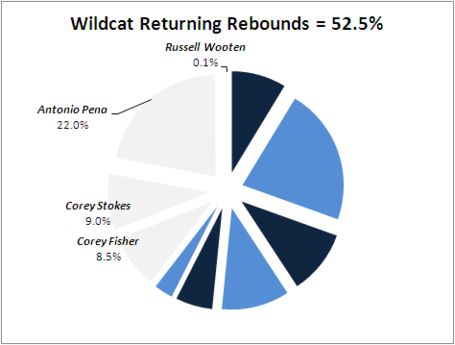 The scoring. Villanova loses both Coreys - Fisher and Stokes - and a lot of points. Adding in the graduation of Antonio Pena, the Wildcats lose 3 of their top four scorers. Corey Fisher took a lot of shots, Corey Stokes was an efficient scorer, and Pena brought an all-around game. What's more is that the players set to take the reins from the Coreys, Dominic Cheek and Maalik Wayns, both struggled with their jump shot. For a team that was mostly dependent on its offense to win games (when they won games), the idea of going into the season without a couple of threatening scorers... has to be bothersome.

Post play. Mouph Yarou is a solid Big East center. But he could use some help.

That defense. I can't properly speak to what's been wrong with the Villanova defense; it's a structural issue, though it might be influenced by the personnel. The Wildcats have to find a way to do something well if they want to be successful; or at least do something better. Whether it's defending shots better, disrupting the other teams' offensive flow, or not fouling as much, there is room for defensive improvement.

As mentioned, Dominic Cheek and Maalik Wayns both struggled with their shots. Was it a confidence issue? Wayns, at least, is a very good passer. Mouphtaou Yarou is a strong Big East center who handles his business in the post. Maurice Sutton can provide some help on defense, but he's still skinny and still has the offense of a guy who spends much of his time towel-waving from the bench seats.

I'm not sure what Isaiah Armwood really does, but he's long and put up decent numbers against Syracuse during the Wildcats' late season loss streak. Then he spent 85 minutes on the court, barely denting the box score.

James Bell is the defensive hope of the new generation; he shows signs of being a good, long, tough defender but little sign of offense so far. JayVaughn Pinkston should return this year and finally take the court; he has the chance to be a difference maker as a face-up power forward or power small forward or - why not just call his role The Pinkston.

Pinkston is probably a player who can really fill some gaps. He can score, and he can score in the post. And he's a strong fellow; can he play defense? Markus Kennedy is even bigger and also strong. If they two of them can run with the speedy Wayns, they'll get a chance to make a difference.

Meanwhile, Yacoubou can be a physical scorer for the Wildcats, and Darrun Hilliard is known to be a smart player. Tyrone Johnson will get minutes both on and off the ball for the Wildcats. That trio has a chance to fill the roles that Corey Stokes and Corey Fisher played; it might come with less distance shooting, but possibly with some better defensive play from the Wildcats as a team.

That said, the team loses the players they leaned heavily on. For all we know, the Wildcats could play a far different style than they have in the past few years. Looking at their late-season swoon and their defensive results in Big East play, maybe a change is just what Coach Jay Wright needs.