Checking around the Big East, no one is taking the news of Pitt/ Syracuse's defections lightly.  St. John's is concerned about the future look of the conference, but confident that the strong hoops program will keep the Johnnies relevant. To understand the rest of the league's temperature, we take a look at responses from around the Big East and Big East blogs -

- but first, former Big East Commissioner Mike Tranghese weighs in on the Big East's possible demise after the raid:

"I'm not surprised. People who have their head in the sand are the only ones surprised. I knew this day was coming. I didn't know when, and there's a lot of finger pointing. which disappoints me. That's something I learned from Dave Gavitt that you never do. The bottom line is that the Big East's problem has always been that they're just not good enough in football. That made them vulnerable, even though the league became, without question, the best basketball league in the country."

"But all of this expansion has to do with football and money."

Of course they are. There's a run on conferences. 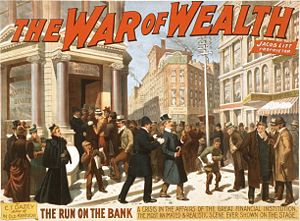 Of course it's all about the money. It's frankly surprising that anyone would be surprised by that fact.

Missouri is on record as wanting to keep the Big XII together, with Texas looking to leave but not being able to get a resolution on that for weeks, with Kansas looking back on their past non-expansion mistakes with regret, and the Big East looking on with rapt attention.

If the Big XII implodes, that will leave 4-5 schools available for addition to the Big East, which is best for prestige, exposure, and the next media contract, to be negotiated next year.

Preserving the conference - including the football aspect - seems to be the focus for the remaining teams, from a meeting with the Athletic Directors of St. John's, Georgetown, Seton Hall, Villanova, Providence, DePaul, Marquette and Notre Dame; they have to hope the Big XII breaks up.

Keep the words of Mr. Sparkle close to you, Athletic Directors - This is no place for loafers. Join me or die. Can you do any less? (Perhaps that's a wee bit dramatic.)

Around the league on realignmentocalypse, team by team, below the fold.

West Virginia: West Virginia is actually good at football and basketball, the revenue sports. Demographically, however, they're a small state (1.5 million people) that isn't growing. If these conference motions are for media rights, the Mountaineers will have a bit of a problem.

Villanova: The Wildcats applied to the Atlantic Coast Conference, possibly with the idea of going as a basketball-only school. In other news applied to be King of Monaco. Being that the basketball-only school set-up is part of the tension in the Big East Conference... well... I don't see that being a go. The Nova Blog looks at their realignment options.

Texas Christian: From the Fort Worth Star-Telegram:

Del Conte declined to speculate on how the changes would affect TCU, but he said he felt good about the quality of the athletic program and where it fits in the college landscape.

"All these things are out of our control right now," he said. "We feel great where we're at."

Right. Sure. The TCU blog sees a descent into a version of the Conference USA. With a graphic.

Syracuse: A breakdown on why they think this is a good idea. It makes sense in terms of stability, but the urge to jump ship and the subsequent Realignmenpocalypse is partially their fault. The school did not have to do this.

South Florida: Much like Texas Chritsian, South Florida hitched itself to the Big East wagon years ago, and right now is looking for a home. They should panic. And they are panicked.

Seton Hall: is in the same boat as St. John's, but is hopeful to receive good news from Kyle Anderson tomorrow morning. The Athletic Director's statement:

As a proud and loyal founding member of the BIG EAST, Seton Hall has the utmost confidence in the conference’s ability to continue to grow and prosper in its role as one of the marquee NCAA conferences in the nation. As we have for 32 years, we profoundly support the BIG EAST and embrace its future.

St. John's: The summation of the statement via Twitter: LAVIN: Market, MSG, fans, region of the country w/ best prospects are "just a few of the reasons #STJBB will continue its winning ways." This has merit, no matter where the Johnnies end up. More summation of St. John's reactions - including a take from the venerable Lou Carnesecca - in our earlier post.

Rutgers: The Scarlet Knights continue to talk about delivering the New York media market, even though Rutgers shirts and fans are hard to find, and being everyone's fifth option on a football Saturday isn't really "delivering" a media market. I'm from New York. I watched a lot of college football in bars. Despite what Nate Silver says, I saw very few people with Rutgers shirts or clamoring for someone to turn the TV to a Rutgers game. Not even in the year where they were somewhat good. Maybe they watch at home? Unlike the Notre Dame and Penn State fans, who fill bars for their big games.

Providence: Haven't seen anything official or "off the record" from Providence, but edit, Providence's Bob Driscoll has a statement:

As a founding member of The Big East Conference, Providence College has always been devoted to the conference's overall success. Although the events of the last few days have generated a great deal of speculation and even concern, I want to assure everyone that we are in active discussions with the other Big East schools and with the league office about the future of the Conference. The situation is very fluid and we are monitoring all developments as well as analyzing several options about how best to move forward.

It is important to understand that further movement and shifting alignments are possible. However, when all is said and done, I am confident that Providence College will continue to be part of a collegiate athletic conference that competes at the highest possible level and which is best suited for our student athletes, our athletic programs and for the College as a whole."

Friarblog is confident that a new league wouldn't be a financial hit. Meanwhile, Friar Basketball (unofficial blog) takes a look at the financial deal that the Big East COULD have accepted.

Notre Dame: The Switzerland of college sports (except they tick everyone off and have their own army aka network and schills), Notre Dame, as represented by their Athletic Director Jack Swarbick, is sad panda over Pitt and Syracuse's decisions (via BECB):

"I'd like to know how much of these discussions are: What's right? What is the best thing for the larger enterprise, and how many other schools would be adversely impacted?

Hypocritical? Off-base? Just correct from a slight remove from the brawl in the conference thoroughfare? You be the judge.

Louisville: Rick Pitino goes off on expansion on his blog (CAUTION. Auto-plays hip-hop beats) with a Godfather reference, ending with:

Tom Jurich is arguably one of the top athletic directors in the business. He is also a great football administrator. The BIG EAST would be wise to let him head up the search, and I mean this week.

Our athletic department now has a 74 million dollar budget with maybe the best facilities in college athletics. Our football program will be led back into prominence with Charlie Strong at the helm.

This was a 72 hour decision by Syracuse and Pittsburgh. The next 72 hours will be crucial to the BIG EAST.

If he has enough pull with Louisville, though, his "keep the Big East together" stance might just save the league. Interesting how he makes no mention of the current Big East commissioner Marinatto.

Marquette: Anonymous Eagle has a handy realignment primer, which adds some layers to my doom-and-gloom endgame scenario.

Georgetown: is in the boat with St. John's. Their statement:

"We are fully engaged with the leadership of the University and are confident that the BIG EAST Conference is being proactive during this period of change in college athletics.

"This is obviously a fluid situation with a great deal of speculation about the future of our league, but we will continue to discuss with our leadership what is in the best interest of Georgetown University.

"At Georgetown University, we strive to be best athletics program that we can be and that is never more true than today. I am confident that no matter how the college athletics landscape change, Georgetown will continue to be a factor."

Connecticut: "sources" claim a better than average chance that the Connecticut Huskies will join the Atlantic Coast. I'd like to see them take sailing ships from Hartford to the southern ports to play their athletic contests, myself. Basketball coach Jim Calhoun says the Huskies have to go for self only.

Cincinnati: The Bearcats are without an Athletic Director right now in this turbulence, but hope to stay with the revamped Big East.