A look at what the Big East competition brings back to Big East play - or how the fill their personnel gaps from graduation, transfer, or players who left early for pro opportunities. Finally: the Cincinnati Bearcats. See more Mind the Gap posts.

In short: A solid core returns for Mick Cronin's Bearcats, but how important was Cincinnati's defensive bench? 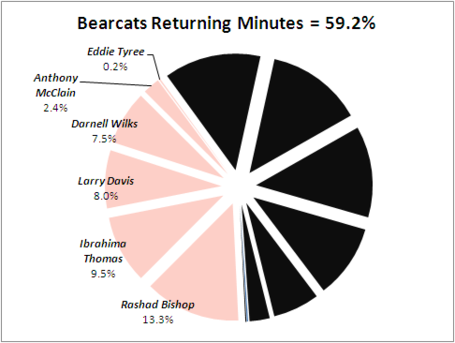 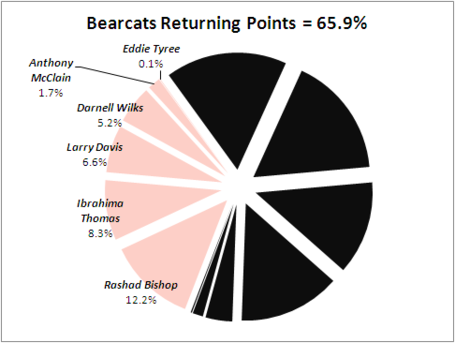 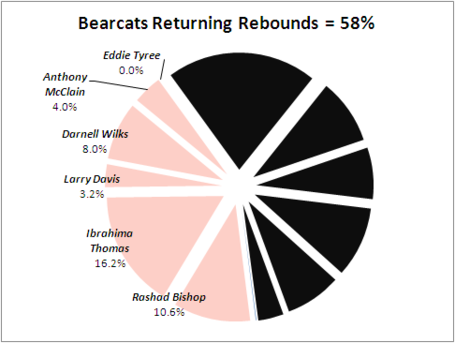 Cincinnati's main losses: (photo of Rashad Bishop defending by Getty Images/ Rob Carr) Cincinnati is an interesting study in the effect changing role players has on a team.

On the surface, the loss of a role playing foursome of Rashad Bishop, Ibrahima Thomas, Larry Davis, and Darnell Wilks (along with Anthony McClain) doesn't affect the offensive core of the team. The core (focused on later) brings back scoring inside and out, a developing point guard, and a decent shooter/ scorer.

Of course, that offense languished in the middle of the Big East offensively, playing a slow, grinding game and squeezing out points reluctantly. And through offensive rebounds and turnovers forced. 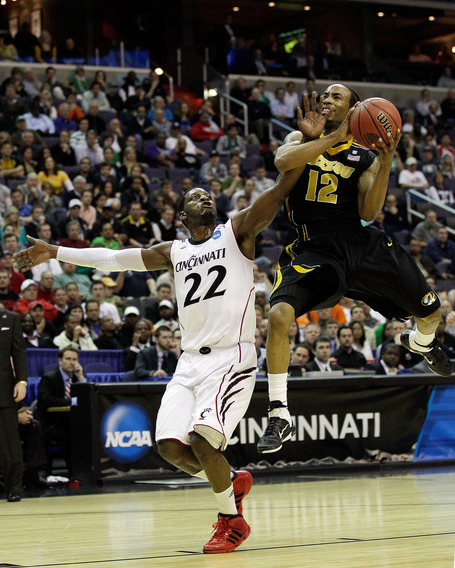 Those four role players include the team leader in per-minute rebounds (Thomas), three of the four leaders in blocked shot percentage (Thomas, Bishop, and Wilks), and four players who picked up steals. All while playing a secondary offensive role to the hungry hungry [scoring] Bearcats Gates, Dixon, and Kilpatrick.

It's very difficult to quantify defensive stops from the statistics; one needs to track possession by possession, and even then, one has to track the defensive denials that lead to missed shots and disrupted offense.

But with their long arms and athleticism and relentlessness, it's safe to say that Rashad Bishop and Darnell Wilks made a difference on defense. Ibrahima Thomas made a difference, but gave some back with mistakes. And Larry Davis, well... he provided depth. Biggie McClain won't be missed.

The Bearcat returnees: On the plus side, Cincinnati returns a likely candidate to be the league's "breakout" player in Sean Kilpatrick. One could argue that the guard from White Plains, who may have committed to St. John's for a day, was already there. He led the team in shots taken while on the floor, used screens effectively, and cracked 20 points three times. He could also use consistency. Kilpatrick went scoreless three times, and overall scored fewer than 4 points 8 times in 35 games.

Yancy gates is the returning post player. He, too, could use consistency. And lessons in being big/ not drifting from his bread and butter offense in the post. After clashing with coach Mick Cronin, he seemed to get it in the last month of the season and played more inside.

Cashmere Wright leads the attack with a very good passing touch and some decent shooting from the perimeter. He is solid, not spectacular, but he can make plays... when he's not turning the ball over. His handling/ passing needs more consistency. Dion Dixon's best asset is that he can put up shots before turning the ball over. He can pass a little as well. He's no great shooter, but at the end of the season he was driving and drawing more fouls. Dixon should probably do that more than jacking up jumpers.

Justin Jackson was a strong player in the paint defensively. His offense needs to improve for him to see more time. Jaquon Parker was once slated to challenge for time as a combo guard. But he missed a LOT of shots.

Again - this was a defensive Bearcats team. Either the offense needs to improve for Cincinnati to match last season's gaudy record, or the newcomers have to be fantastic on defense...

(photo of Jermaine Sanders via www.nypost.com)

Who can step in? 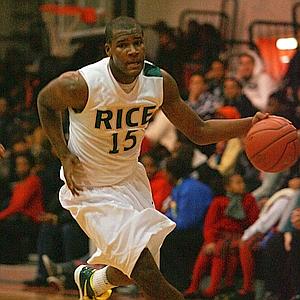 With Shaq Thomas likely to be ineligible like the rest of the NIA Prep players, the impact recruit will probably be Jermaine Sanders. He is known to be a bit of a questionable defender, with a desire to be a slashing guard. I think he can be a better defender than he's given credit for and is strong enough to compete in the Big East. His desire to defend will be a factor in whether or not he gets minutes.

Cheikh Mbodj will likely take Ibrahima Thomas' role as lanky shot blocker, and may be better; most players with that height and skill don't repeatedly drift out to take the kind of deep jumpers one sees in a pick up game.

Ge'Lawn Guyn's ability to play defense and possibly spell Cashmere Wright should earn him minutes. He has a bit of a defensive reputation. If he can be physical at the lead guard position, he'll give the Bearcats a new and favorable look at the point.

The other newcomers certainly can contribute, but none bring the Big East-ready ability of those three. Will this be a problem for Mick Cronin's crew? Can Justin Jackson and Jaquon Parker bring the relentless defensive misery that Bishop and Wilks brought?

Or will the Bearcats take a step back without that defensive length?