This time of year, I like to poll some of my fellow Big East bloggers/ writers about their picks for the league's top honors - Coach of the Year, Player of the Year, Rookie of the Year, and the all-league teams.

As every year, the Big East season has had a number of surprises, discussed in Part II of the Roundtable. It's striking that the official all-Big East selections - and the Roundtable's selections, below - bear only passing resemblance to who we thought would be the best players in the league last fall. There is the joy of sports - not knowing who or what will emerge, being wowed by the surprises. And even with the benefit of hindsight, the voting was close.

Note: We'll also be doing an early-summer roundtable around recruiting and team changes, so keep an eye on the Rumble in the offseason.

These are opinions. Disagree? Agree? Make your voice heard in the comments.

Coach of the Year

Mike Brey edged out Stan Heath in Coach of the Year voting, 7-6. Looks like the score of one of the slow-paced, close games that both coaches play.

Some comments form the panel in support of Mike Brey (photo: Anthony Gruppuso, US Presswire), who defies expectations once again with an unheralded roster: 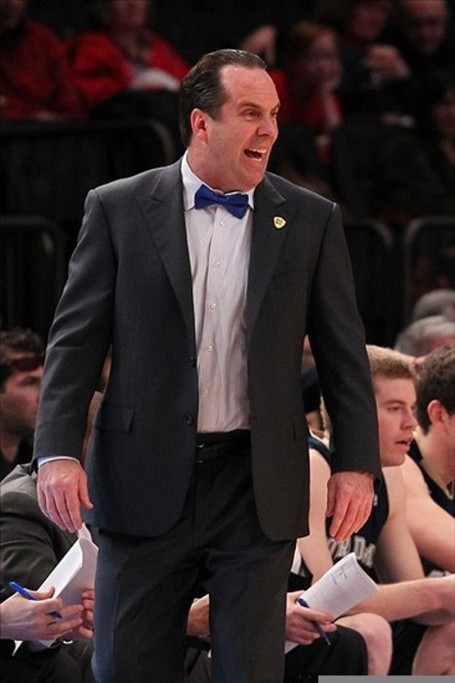 Bearcats Blog: His gypsy magic has done it again.

The UConn Blog: How they ended up 13-5 in the league is still a mystery to me, as is the question of where Brey found Luke Harangody's younger, goofier-looking brother.

Friar Basketball: They lose a 1st team all BE player and somehow find a way to win 13 conference games? Unbelievable testament to the system and program Brey is running.

The Smoking Musket: I watched them beat WVU twice and caught most of their win over Syracuse and I'm still not entirely sure how they're as good as they've been.

The Nova Blog: Still at a loss for words with ND.

In support of Stan Heath, the head man for the league's surprise South Florida team - a squad playing away from home while the Sun Dome, their on-campus arena, is being renovated: 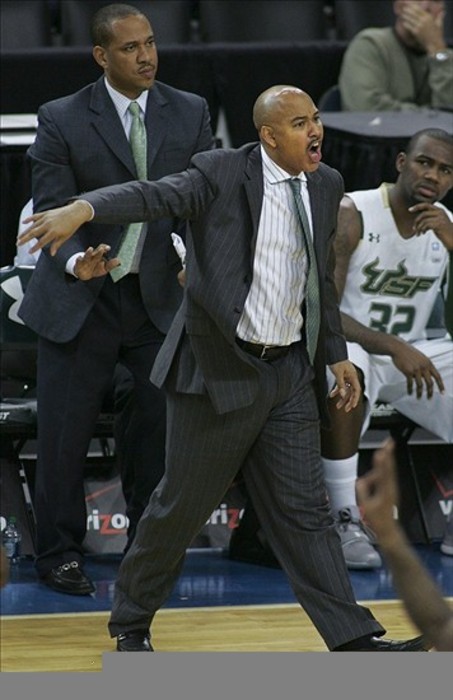 Down the Drive: Who else even comes close?

Hoya Prospectus: I actually think John Thompson III has done a better job (survived a brutal assault in China, lost two of his three centers) but we (the all-knowing Big East bloggers) picked USF for last place and the Bulls ended up winning 12 league games. That's worth something.

Voodoo Five: USF is in contention for a double bye and won double digit games with practally the same roster as a 10-win team last season.

And two nods to Syracuse's Jim Boeheim, whose teams are picked too highly for the Orange to surprise Coach of the Year voters:

Cardiac Hill: Stan Heath or Buzz Williams would be fine choices, but I can't get over Boeheim's 29-1 record going into March.

Anonymous Eagle: The 2-3 zone is working at a frightening capacity and mostly because Fab Melo is leaps and bounds above what he was doing last year. Add in getting the most out of a deep bench and Boeheim's more than worthy here.

Rookie of the Year

Moe Harkless (photo: Anthony Gruppuso, US Presswire) was the runaway winner of the Roundtable's Rookie of the Year honors. Anthony Collins and D`Angelo Harrison both earned votes for ROY as well. 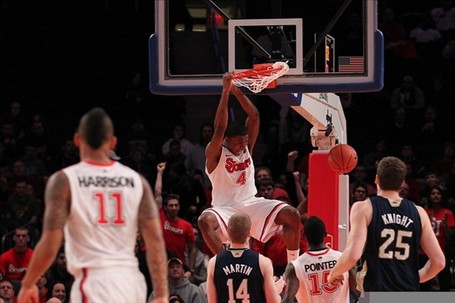 Player of the Year

The arguments for Kevin Jones (photo: Jeff Griffith, US Presswire): 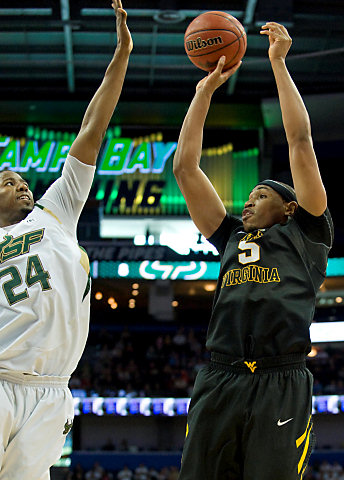 The Smoking Musket: Jones would be only the fourth player ever to lead the conference in both scoring and rebounding. If WVU makes the NCAA Tournament (probable, but not certain), it's almost entirely because of Jones---the Mountaineers would be a .500 club at best without him.

VUHoops: Kevin Jones Jones dominated scoring and rebounding in the Big East this year. WVU probably wouldn't have made much noise without him.

Under the El: If WVU didn't struggle this year, Jones would easily be the POY. Leading the Big East in points and rebounds in no easy task. Jones also earned it with how relentless he was this season. His 4.2 offensive rebounds a game are just an example of the hustle and heart he played with all year.

The UConn Blog: Can't argue with the numbers. Jones shot 60% on his 2s, is in the top 100 in offensive and defensive rebound rate, and led the league in points and rebounds. That's good enough for me.

Hoya Prospectus: Marquette is a better team, and Crowder is more versatile. But Jones is a better scorer and a better rebounder, and I don't think Crowder makes that up on D. Plus, Crowder's an incurable flopper. You'd think Marquette was a team heading to the ACC.

The arguments for Jae Crowder (photo: Jeff Hanisch, US Presswire): 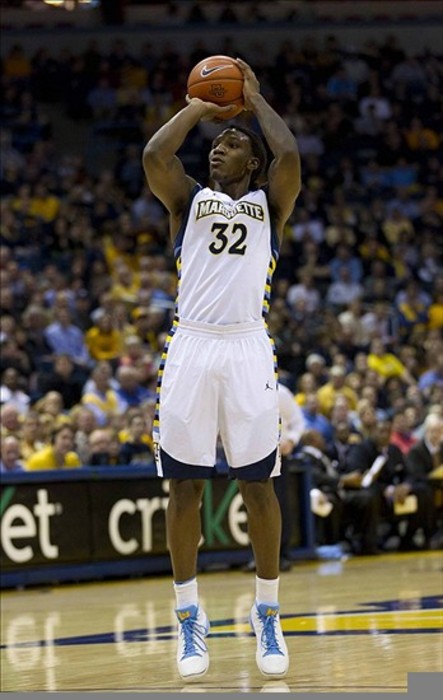 Anonymous Eagle: Homerism pure and simple. I also happen to be right.

Friarblog: Crowder is a jack of all trades, master of most. There is no player in the conference with more versatility and Crowder contributes to winning basketball at a high rate. The guy is everywhere on the court and on the stat sheet. He’s 6’6" but depending on the situation or match-ups, Crowder the chameleon can play bigger, as evidenced by his rebounding and shot blocking abilities, or smaller, shooting threes and getting steals.

Rumble in the Garden: Does so much defensively and can score from anywhere - the ultimate in matchup problem.

Casual Hoya: Not flashy, but always seems to be in the right place at the right time for Marquette.

Bearcats Blog: Crowder finished 4th in the league in scoring, 10th in rebounds, 2nd in steals. He helped carry the team on their long winning streak. He did everything they needed and did it very well.