The core of the Big East gets a boost from Butler, Creighton, and Xavier. But the league needs to meet three goals to remain elite in 2013-14.

Share All sharing options for: How good does the new Big East need to be in 2013-14?

As Butler, Creighton, and Xavier nestle into their new conference home, the Big East will be able to handle a transitional period of player and game quality, style integration, and establishing rivalries. Over time, perhaps a year or two, the league will be back among the nation's elite.

The new Big East will embark on its inaugural basketball season in November, and it will be as important a year as any that will follow. The 2013-14 campaign will be imperative in continuing the elite status of the now-defunct Big East that owned the college basketball landscape for 34 years.

With ten (mostly-) Catholic, basketball-centric programs, the Big East has a core of seven who will carry on the Big East tradition, three who arrive with recent national acclaim. All have similar sizes and missions on the basketball court. To the untrained eye, this seems like a brilliant idea, a unified core with no possible means of failure.

The "old" Big East gained an unmatched respect within the national spotlight. The success of programs like Syracuse, Louisville, and Pittsburgh catapulted the conference above the rest in recent years, making their unfamiliar absence a true challenge for the remaining schools.

Without immediate results, the league's perceived strength will wear off in a blink.

With high reward often comes high risk. That is what the new Big East Conference faces - not in a five-year window concluded with a report card, but now in 2013.

When will the Big East have to display the strength of its own unique brand?

When does the little brother Big East have to prove it can stand up to the money-eating football powerhouses?

Why? Because, if it doesn't take advantage of its momentum, the league could be considered a mid-major.

So how do we gauge what will make the Big East successful right away? What benchmarks do we need to set to ensure that this collection of schools will be the right fit for a return back to the college basketball pedestal?

1. Give a reason for viewers to find you. 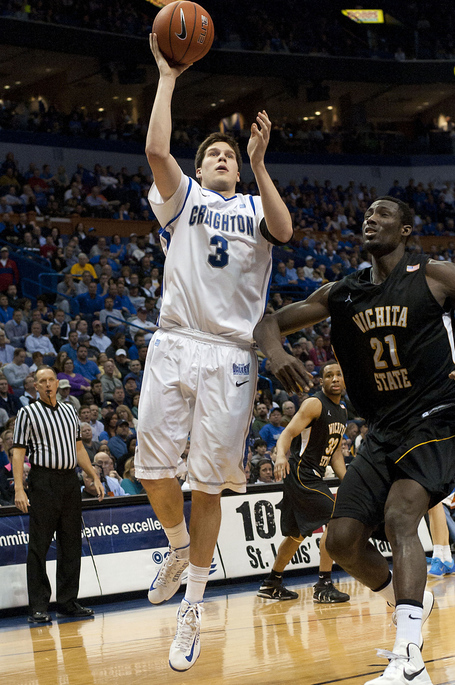 Big East games (and a bevy of non-conference marquee games) will be televised on the brand new Fox Sports 1 Network. Cool, but where the heck is that? The 12-year multi-platform deal is sure to give the new Big East exposure - but will it be enough?

College basketball and ESPN are virtually synonymous. Sure, there are pinches of CBS, NBC, MTN, TBS, TNT, and (gulp) truTV thrown in, but you get the point.

For the most part, people like watching ranked teams, people don't like variety and they definitely don't like the unknown. The league will have to early on prove that it is worth drawing eyes away from games shown on ESPN and memorizing the Fox Sports 1 channel number.

That, or Gus Johnson will just do all the work for them.

2. Someone needs to surprise.

Everyone knows that Georgetown, Marquette, Butler, Villanova, and Creighton (with Doug McDermott) will compete. The other five schools (St. John's, Seton Hall, DePaul, Providence, and Xavier) had a combined 79-84 (31-57 in conference) record last season. If this is half of the Big East product in 2013-14, the league will have trouble attracting sustained attention.

So who will it be? Logically, the answer could very well be St. John's. With the additions of Rysheed Jordan, Orlando Sanchez, and Max Hooper along with the welcoming back of D`Angelo Harrison and God`sgift Achiuwa, the Johnnies are certainly one of the most talented teams the Big East has to offer. Xavier and an improving Providence Friars squad with Kris Dunn, Bryce Cotton, and some big man transfers could also flip the script.

If the Big East wants to be considered one of the nation's top basketball conferences in 2013-14, half of its schools will need to be dancing in March. In the eight years since the league moved to 16 teams in 2005, the Big East averaged 8.135 bids into the Big Dance per year, more than 50% of its programs. The best year the league had was in 2011, when it received a record 11 bids.

In this past year's tournament, five of the current Big East programs (Butler, Creighton, Georgetown, Marquette, and Villanova) earned bids. But Seton Hall hasn't been to the tournament in seven years. Both Providence and DePaul haven't earned bids since 2004, which puts pressure on the remaining programs in the 10-team league to reach the 5-bid quota.

What else do you think the Big East must do to ensure first-year success?