The Lincoln star announced his commitment to the Seton Hall Pirates on Thursday, and rumors indicate his high school coach will come with him.

St. John's really wanted Isaiah Whitehead. But they knew when to draw the line.

As the Red Storm watched the highly coveted Lincoln High School guard announce his commitment to Big East and metropolitan area rival Seton Hall, it had to have stung. Steve Lavin and his recruiting team had put three years of effort - at times involved and others waning, yet always intrigued - into Thursday's decision, coming on late when Whitehead and his team expressed interest in staying home.

Whitehead, ranked 35th overall in ESPN's 2014 recruiting rankings and a surefire McDonald's All-American, could have put the Johnnies over the top. An already-stocked inventory of talent would have at least been supplemented, if not led by, the Brooklyn star's scoring presence on the floor come next season.

As the proceedings of Whitehead's announcement transpired, something seemed off. But not for St. John's, who had assuredly lost out on a potential program changer, perhaps the future "face" of Red Storm basketball. 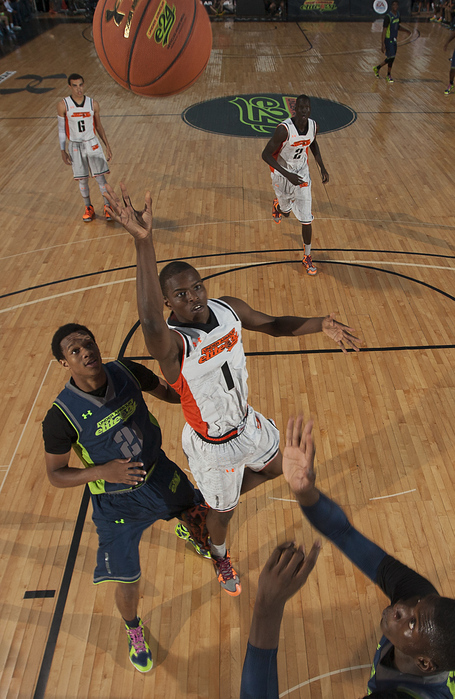 According to reports, the ultimate deciding factor for Whitehead's choice wasn't his fit with the Seton Hall Pirates program or its current players. It wasn't just the opportunity to be seen as "the face of the program." It wasn't the existing staff.

By the Lincoln guard choosing the Pirates, the program is expected to offer a position on its coaching staff to his Lincoln High School head coach Dwayne "Tiny" Morton. The coach and his best player since Sebastian Telfair and Lance Stephenson had created a virtual package deal, open to accepting the highest bid.

After a visit to St. John's on Wednesday night, it was all but a done deal for Whitehead to choose the Red Storm. But it all changed overnight.

This isn't the first time Morton has shown strong interest in a collegiate position in the area. In fact, when St. John's assistant coach Mike Dunlap was hired by the Charlotte Bobcats 15 months ago, Morton inquired about the position to Steve Lavin.

There is no NCAA rule in place disallowing the creation and execution of this nature of coach-player package deals, despite a great deal of controversy over the years. Many coaches have successfully chosen the route to get a special player. The association made an effort to combat it a few years ago, around the same time St. John's hired Rice High School head coach Moe Hicks as Director of Basketball Operations.

It is the final portion of the rule's wording that makes what Seton Hall is doing with Morton possible. If Pirates head coach Kevin Willard brings the Lincoln coach in as an official assistant coach - one of the top three coaches, the coaches on the floor and in the huddle - the rule would not prohibit the hiring. The package deal would be complete for a potentially program-changing - and possibly job-saving - recruit.

What is the rule meant to accomplish exactly? As the precedent shows, for a special player, most coaches don't place a higher importance on an assistant coaching position than a high level commitment. Thus, the NCAA's rule proves ineffective - with one foot in and one foot out.

As with anything in life, there is often a creative way to avoid the effects of a law or rule. It can even be commendable in many situations.

But an objective individual might not necessarily view Seton Hall's way of obtaining Whitehead commendable. If the Pirates do in fact bring Morton aboard as a coach, likely not until 2014, they would not be breaking any rules. There will not be any restrictions.

There could, though, be a test that Seton Hall didn't pass on Thursday. The eye test, the ethical eye test.

Seton Hall's method of convincing Whitehead to commit wasn't wrong in the technical sense, but in the logical sense. Where the Pirates are at fault is in its devaluation of what recruitment should be about - the choice of an amateur athlete, and nothing else. It felt more like a business transaction.

The public response once rumors circled about Whitehead's decision and the ensuing associative shuffling that could follow were vastly mixed. Some were appalled, even disappointed that college basketball could be influenced and manipulated by negotiations such as these. Others lauded the creativity and out-of-the-box thinking by Kevin Willard to land a talent in a way that many others before him have.

Among St. John's fans, the opinion was generally consistent. Yet, contrary to the usual emotions of losing out on a coveted local recruit, the response wasn't defined by anger or jealousy.

It was relief. It was thankfulness.

Thankfulness that St. John's didn't revert to this choice. Steve Lavin and his program had become winners in the eyes of its biggest supporters just hours after failing to close the deal. Perhaps it was just that - to the Johnnies, the recruitment of Whitehead ended when the process became a negotiation for a deal rather than a mutual agreement based on fit.

St. John's has not yet secured a single commitment for its 2014 recruiting class, a worry for many. But on this day, everything seemed in place when it all shouldn't have.