Share All sharing options for: Game Preview vs. Seton Hall

Barring the winter storms that has cancelled many games along the eastern seaboard, St. John's (15-9, 5-6) will go across the river to face metropolitan rival Seton Hall (13-11, 4-7).

St. John's will be playing for their first win in New Jersey vs. Seton Hall since 1998 when Fran Fraschilla was the coach and the team was led by some guy named Ron Artest. The Spice Girls were popular. The movie Titanic had not yet come out.

It has been a long time, and St. John's hopes that their winning streak also includes finally coming away with the W in the Pirates' home.

This contest is slated for a 9 PM start and will be called by Justin Kutcher and St. John's alum Tarik Turner. The game was being considered for cancellation/ rescheduling but will be played. 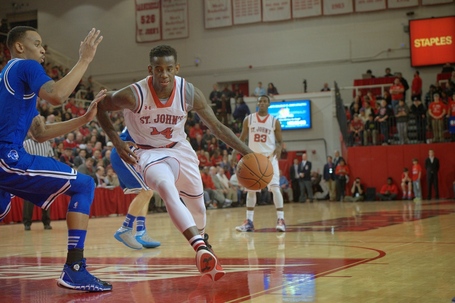 Last time these two teams met, St. John's was a completely different team. At that time they were sitting alone in the basement of the Big East standings with a record of 0-5.

Yet at Carnesecca Arena, St. John's almost gave their first Big East victory away to the Pirates. With no timeouts, junior Sir`Dominic Pointer made a risky decision by throwing the ball down the court looking to kill time? land in a Johnnies player's hands? - the jury is still out on that play. Orlando Sanchez saved the Johnnies by knocking the ball out of bounds, making the Pirates go the length of the floor for a chance to score.

However, Pointer made up for his mistake? delay tactic? by knocking the ball away from swingman Fuquan Edwin on the next play.

"Dom is as resourceful a basketball player as I’ve coached. He does some things in terms of improvising and using his ingenuity that help our cause, yet at other times it keeps us on the edge of our seats," head coach Steve Lavin said after the game.

After getting the first one, St. John's has been on a great upward swing that has led to some tough Big East wins. They are one of the hottest teams in the country and have played their way back into the NCAA Tournament conversation after getting an impressive win on Sunday night against Creighton. Leading scorer and Sunday's hero D`Angelo Harrison realizes that this game against Seton Hall is big because of losing eight straight in New Jersey but also because of their season. 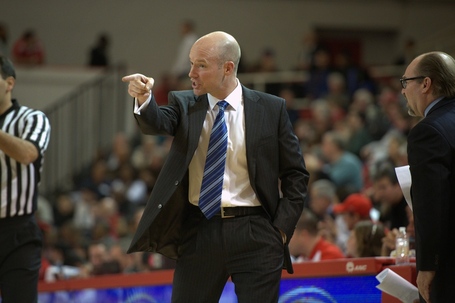 Although their record doesn't show it Seton Hall has a very talented group.  The Priates have fought through a lot of injuries this season but head coach Kevin Willard isn't giving up on this season especially because the Big East is so deep.

"For the seniors I must tell them they have a chance to do something here [make the tournament make a run]," Willard said in regards of getting his team ready to play everyday.  Like Creighton, the Pirates can cause matchup problems. If you choose to double team the dominant center Eugene Teague it could free up tall three point shooters in Brian Oliver or Edwin.

The matchup in Queens saw the Pirates turn the ball over 19 times to the athletic and long St. John's team. "We turned it over more than we wanted to last time, we just want to go out there take care of the ball so we can get open shots," sophomore point guard Sterling Gibbs said.

Willard was unhappy after the loss and said, "It shouldn't of even come down to that [last possession] we missed a ton of opportunities and turned it over too much."

More from Rumble In The Garden