According to DraftExpress, Sampson is on the list of 60 players who will participate in measurement and tests.

It's almost time to find out where JaKarr Sampson, the 6'8" forward who declared for the NBA draft after his sophomore year with St. John's, matches up with the nation's best.

According to DraftExpress, Sampson will participate in this year's NBA Draft Combine. The list is unofficial, so check back for updates.

The combine is an opportunity for players to be officially measured and physically tested, to be run through skills tests and to be interviewed by NBA teams.

The list of invitees is determined by a vote from all NBA teams, so at the very least, JaKarr Sampson has a chance to be seen and to turn some heads. (Senior and NBA hopeful Orlando Sanchez is not on the invitation list.) 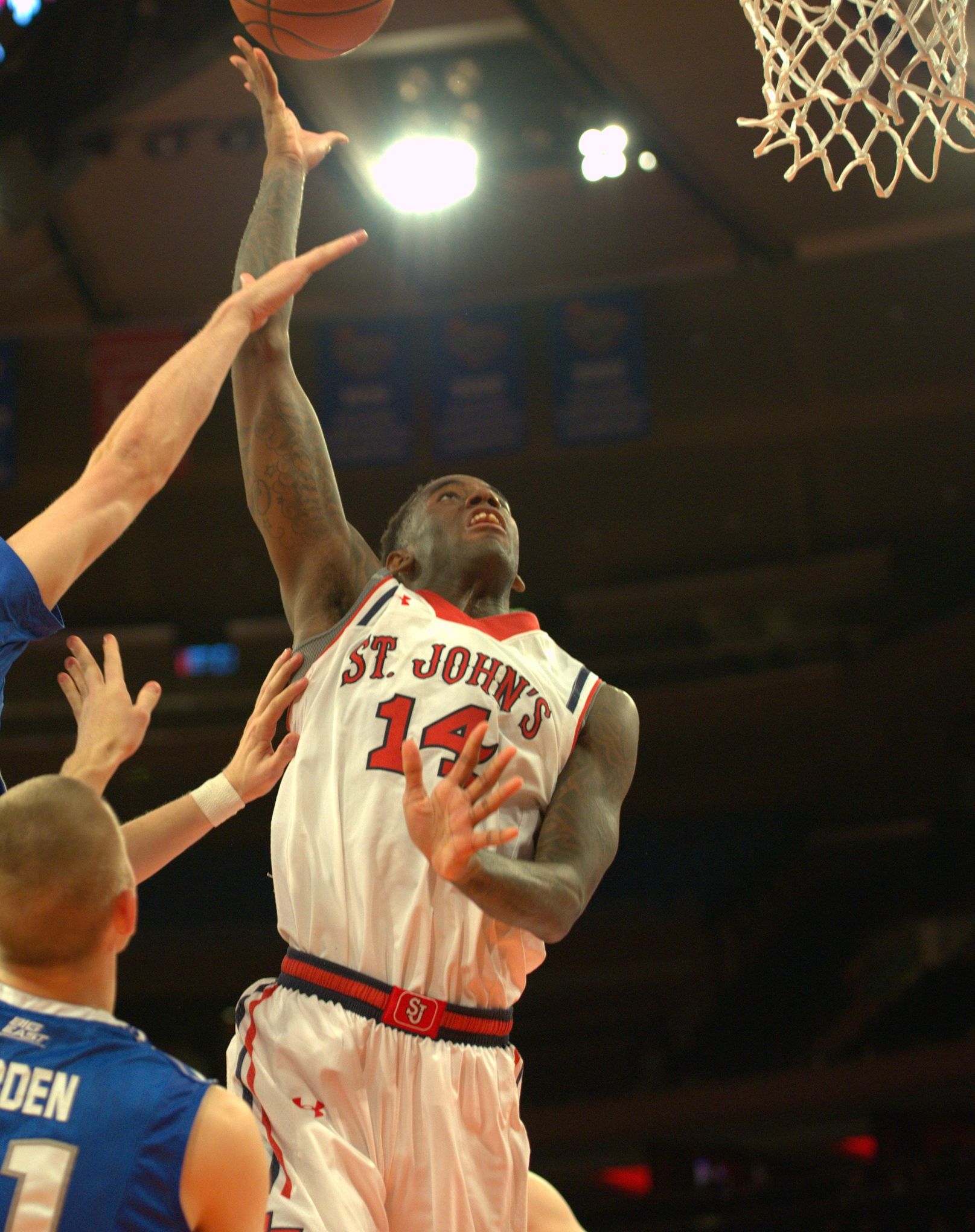 Some of our readers marveled at the strides in his shot motion and fluidity Sampson seemed to make in the workout video published by City League Hoops. But how will that translate on the court? Basketball isn't played in isolation - the game is played against physically talented athletes who want to impress just as much as the wiry forward from Ohio.

Bolstering that hope is the idea of potential, and that playing in an NBA system might help him improve, even if that road starts in the Developmental League. From NBA.com:

Among other potential draftees, the hope is that St. John's sophomore JaKarr Sampson has a similar trajectory as another former Red Storm forward, Maurice Harkless, who was taken in the first round by Philadelphia two years ago. Sampson will not go in the first round, but some scouts believe he has potential to do better in the pros than he did in college, where he averaged 12.8 ppg and 6.1 rpg as a sophomore.

In that piece by David Aldridge, Sampson falls in the "some scouts like" category, which is below the top-10 on the "Big Board" and also below the "Honorable Mention" group.

Sampson has pro potential, even if he didn't put the whole package together at St. John's, where the offense gave him a chance to showcase his scoring ability. Sampson shot 46% on 2-pointers in 2012-13 and just under 50% in 2013-14. He shot 40% on shots classified as "jumpers" in the stat books - higher than the Division I average of 36%. And he took 60% of his shots from the mid-range - far more than most players.

Sampson's career high was 23 points against Butler late in the season; he averaged 13 points and six rebounds per game last season for St. John's.

The NBA Draft Combine will be on NBA TV and will take place Wednesday, May 14- Sunday, May 18 in Chicago. The NBA Draft is on June 26 at Brooklyn's Barlcays Center.