Rumble In The Garden, a St. John's Red Storm community

In NBA's Orlando Summer League, the Philadelphia 76ers are currently (1-1) after two fairly competitive games. The Sixers fell to the home team the Orlando Magic 83-77— but defeated the Oklahoma City Thunder 84-73 in a wire to wire victory. 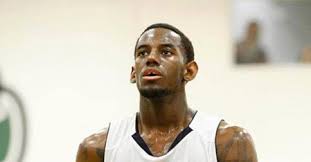 There hasn’t been a more compelling summer league for a franchise than for the Philadelphia 76ers in recent years. This is because, of course, of their horrendous play in the regular season of the NBA last season totaling a 19-63 record—accumulating 27 loses in a row. The franchise is completely rebuilding and is looking to add some young talented players to the roster.

One of those players that have a legitimate chance of making the team is JaKarr Sampson. Sampson is still a raw talent and needs to improve on many areas of his game, including a suspect jumpshot and ball handling ability.

But St. John’s fans have seen what made JaKarr Sampson such a pivotal player for the Red Storm over the last two years. His constant effort and high energy on the defensive end made him one of the top players in the Big East Conference. Two-way players are rare in the NBA, and JaKarr has to the ability to be one of those unique players.

One of the bigger surprises concerning Sampson and the Summer League is the fact that he is listed as a guard instead of forward. Which is certainly odd, because at St. John’s he always played the forward position. Maybe this a good sign for Sampson. Possibly the Sixers feel he is a viable option to be considered to make the roster and want him to work on his guard skills.

After two games, Sampson is averaging 4.5 ppg, 3.0 rpg and 0.5 apg. Sampson has received major minutes in both games and is expected to have amble amount of playing time to prove he is worthy of a roster spot.

So far he is averaging 20 mpg— which isn’t too bad considering the rosters features some talented players. The Sixers seem to be loaded at the 3 and 4 positions. These players include Jerami Grant (Syracuse), K.J. McDaniels (Clemson), Hollis Thompson (Georgetown), Ed Daniel (Murray State), Ronald Roberts Jr. (St. Joseph's), and Melvin Eljim (Iowa State).

Overall, it seems that the Sixers are high on JaKarr and want him to succeed. However, Sixers has been in talks with the New York Knicks about trading for Amare Stoudemire and Iman Shumpert. This might mean Sampson might be in the package heading back to the "Mecca" Madison Square Garden.

The next game will be against the Houston Rockets at 7:00 pm on NBA TV.

Thanks for posting! Let's keep it clean, fun, and high quality in here, as in the comments. Share your perspective, add something new and relevant, and start a discussion. Take a breath before posting something you (or the readers) will regret.

More from Rumble In The Garden