Welcome to "Scouting the Big East," a preview series that will give an in-depth look at each of the 2014-15 Big East Men's Basketball teams. Next up, the Marquette Golden Eagles.

Share All sharing options for: Scouting the Marquette Golden Eagles

Picked by many to be among the Big East's best at the start of last season, Marquette was never really able to live up to the hype as they hovered around mediocrity for much of the year.

Speaking of mediocrity, the Golden Eagles would not have a winning or losing streak of more than three games until early February.

After winning five of six in conference play to get their record to 17-11 and give them a legitimate chance at the NCAA Tournament, Marquette would then go on to drop four straight to end the year, including a first round loss in the Big East Tournament to Xavier.

Following the departure of head coach Buzz Williams after six seasons with the school, the Golden Eagles would hire longtime Duke assistant Steve Wojciechowski to take the reigns going forward. 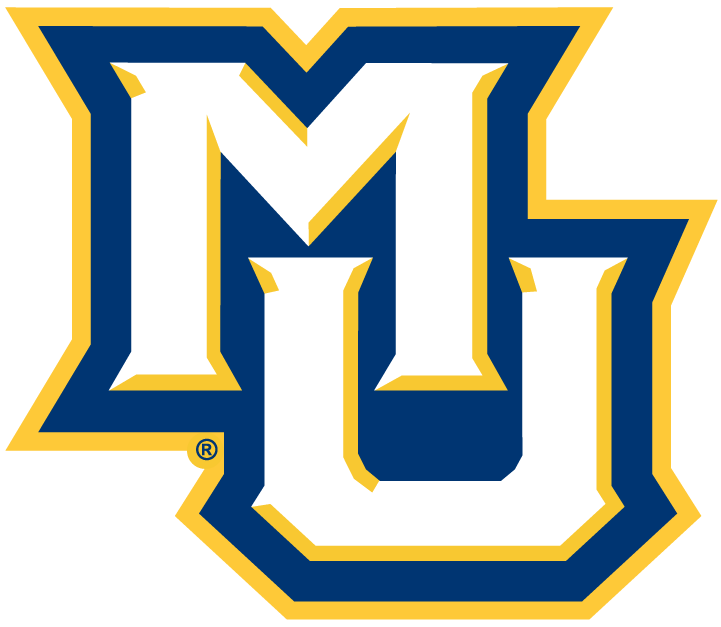 From where I sit, I see four players that will be key for Marquette this year for varying reasons. 1.) Deonte Burton.  The sophomore swingman is primed for a massive season.  For whatever reason, he only played about 12 minutes a game for Buzz Williams last year, and was one of the most efficient players in the country in his limited minutes.  His minutes are about to go WAY up. 2) Steve Taylor, Jr., and Luke Fischer.  I combine these two into one point because their 2014-15 seasons are going to be permanently entangled.  At 6'7", Taylor will be the tallest player on the team until December 16th, which is when the 6'11" Fischer becomes eligible after transferring from Indiana. Taylor is going to have to hold down the fort in the post until Fischer can start contributing, so both men will have to be the best they can be this year for Marquette to play well. 3) Duane Wilson.  The redshirt freshman point guard is healthy after suffering a stress fracture in his leg a year ago and missing the whole season.  While Derrick Wilson (no relation) is a steady hand at the 1, Derrick hasn't shown the kind of playmaking ability or shooting skill that Duane displayed while winning two straight state championships at Whitefish Bay (WI) Dominican High School.  If he can adapt to college quickly, he can provide the backcourt electricity that Marquette was missing last year. Season Outlook It's going to be rough sledding until Luke Fischer is eligible, with 5-3 being a best case scenario for that eight game stretch.  We already don't know how MU will look under Steve Wojciechowski's direction, and it's possible that the playing style will change with Fischer on the court.  It's left me feeling completely ready for anything to happen, but ultimately, as long as MU looks like they're making progress as a team in the first week of March, I'll be happy with however it turns out.- Andrew

Coach Wojciechowski will certainly have his work cut out for him in his first year at the helm, as Marquette lost their top four scorers from last year's senior-heavy squad. Davante Gardner, Jamil Wilson, Jake Thomas, and Chris Otule all graduated from the program, while Todd Mayo decided in August that he would be leaving Marquette as well.

All of these loses will leave the Golden Eagles with just nine scholarship players for their season opener, and with just one player over 6'7" on their roster (center Luke Fischer, who won't be eligible to play until mid-December).

The lone true freshman for Marquette this season will be forward Sandy Cohen, a four-star recruit who was ranked 83rd overall in the class of 2014 by ESPN.

Guard Duane Wilson will also see action for the first time this season, as he redshirted all of his freshman year after a leg injury and sickness kept him from playing most of the season.

Guard Matt Carlino also decided in April that he would be transferring to Marquette. Carlino averaged almost 14 points and four rebounds per game for BYU last season, and should bring instant offense to the Golden Eagles this year.

Center Luke Fischer also made the decision to transfer to Marquette midway through last season after playing just 13 games in Indiana, he'll be eligible to play for the Golden Eagles beginning in December.

Sophomore guard Deonte Burton comes back as the Golden Eagles' leading returning scorer from last season, despite averaging just under seven points per game in 2013-14.

Guard Derrick Wilson comes back for his senior season as their leading rebounder, despite averaging under four rebounds per game in 2013-14. In terms of backcourt production, Marquette shouldn't have much to worry about, as seven of the eleven players on their roster this season will be guards. But in their frontcourt there are many questions, and currently few answers.

As stated earlier, of the four non-guards currently on their roster, only one of them stands taller than 6'7".

Marquette will have quite the non-conference schedule to deal with this season, beginning with a matchup against Ohio State in just their second game of the year.

A guaranteed game with Georgia Tech awaits them, along with a possible showdown against Michigan State in round two. Upon returning from Orlando, the Golden Eagles will take on both Wisconsin and Arizona State at home near the end of non-conference play.

Marquette and St. John's have closed out Big East play with absolute thrillers in each of the past two seasons.

In 2012-13, it was Vander Blue who nailed a buzzer beater for the Golden Eagles to silence a Madison Square Garden crowd and give Marquette a share of the Big East regular season title.

Last season in the Bradley Center, it was St. John's who would prevail in an amazing double-overtime thriller that effectively ended Marquette's hopes for an NCAA Tournament berth.

This season the Red Storm and Golden Eagles will not close out Big East play against each other, but they will play each other in the second-to-last game of conference play, which is close enough. Can the two make it three straight dramatic finishes to the regular season?

In coach Wojciechowski's first season at Marquette, it should be tough for the Golden Eagles to remain competitive in the Big East. Any time that a team loses its top four scorers from a season before, I'd find it difficult to see them making much noise at all.

Their backcourt should be relatively decent, especially with the BYU transfer Carlino coming in, but there are just too many questions in their frontcourt right now, especially considering that they won't have Fischer for the season's first month. Overall, I expect the Golden Eagles to take a step back in Wojciechowski's first season.