Welcome to "Scouting the Big East," a preview series that will give an in-depth look at each of the 2014-15 Big East Men's Basketball teams. Next up, the Seton Hall Pirates.

Share All sharing options for: Scouting the Seton Hall Pirates

Seton Hall would get off to a very fast start in the first few months of last season, going 10-4 in their first 14 games including a double-overtime win at Providence in their Big East opener.

But the Pirates would then struggle to find their way during conference play, as they went just 4-11 in the conference over the next two months and dropped to under .500 after losing their rematch with Providence on February 28.

Despite a run to the semifinals of the Big East Tournament that included a 64-63 victory over 3rd-ranked Villanova on a Sterling Gibbs buzzer-beater, Seton Hall would miss the NCAA Tournament for the eighth straight season. Their 6-12 Big East finish would mark the fourth straight year that they finished below .500 in conference play. 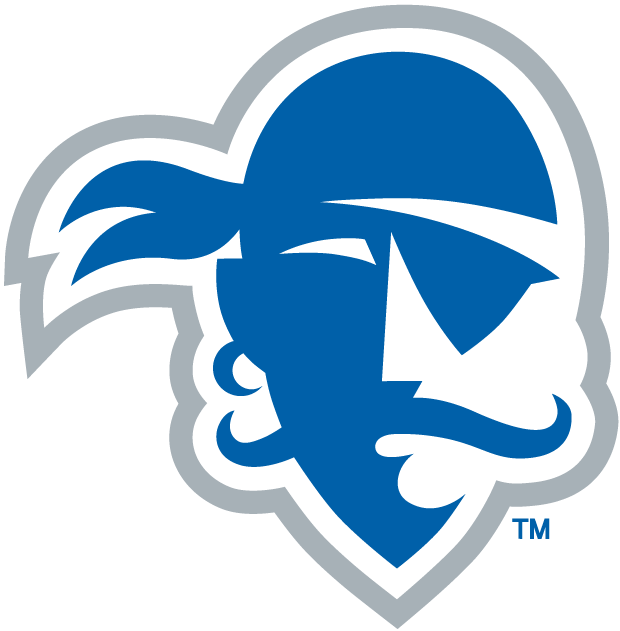 Seton Hall's freshman class has done a good job of hiding deficiencies and loss of talent from their .500 team a year ago, and for good reasons. The six freshmen (headlined by Isaiah Whitehead and Angel Delgado) came in second in the conference only to Georgetown's stellar recruiting litter and will fuse together with redshirt freshman forward Rashed Anthony and greenhorn Northwestern transfer Chier Ajou. Therein lies the problem. Eight newcomers (though as a partial qualifier Mike Nzei will sit this season), will be heavily relied upon to support three core returning guys in senior forward Brandon Mobley and guards Jaren Sina and Sterling Gibbs. The Hall lost 67% of both their scoring and rebounding from last season with just 32 total minutes of D-1 ball played between forwards not named Brandon Mobley. Kevin Willard has a lot of new gadgets in his toolbelt this year, but also a lot of inexperience, leaving Seton Hall's 2014-15 outlook a foggy one to predict. Chris McManus (@CerasolisGhost)

The Pirates lost last season's leading scorer and one of the better players in the program's recent history when guard Fuquan Edwin graduated in the offseason. Edwin averaged over 24 minutes in each of his four seasons at the school, and if not for a relatively down season in 2013-14, likely would've had a good chance of being selected in June's NBA Draft.

The Pirates also saw their leading rebounder last season, center Eugene Teague, graduate from the program. The 6'9" Teague was the only player on the team last year to average over five rebounds per game.

Guard Brian Oliver and forward Patrik Auda also were lost in the offseason, as Oliver graduated and Auda chose to forgo his redshirt senior season to play professionally overseas in Poland. The loss of Auda could be a huge blow to the Seton Hall frontcourt this upcoming season, leaving the Pirates to lean on a talented but young group of freshmen.

Going into his fifth season at Seton Hall, head coach Kevin Willard seems like he will have one of the most talented recruiting classes in the nation.

The 12th ranked class nationally by ESPN will be led by five-star recruit Isaiah Whitehead. A 6'4" guard out of Brooklyn, Whitehead was ranked 14th in the ESPN 100, and chose Seton Hall over his hometown St. John's, along with Indiana, Minnesota, and Pittsburgh.

But the immensely talented Whitehead will not be alone this season, as he'll be joined by a fellow ESPN 100 player in forward Angel Delgado. The Pirates also brought in three-star recruits in forward Desi Rodriguez, guard Khadeen Carrington, forward Ismael Sanogo, and forward Mike Nzei.

Overall this year's Seton Hall team will feature eight freshman in total, with just five upperclassmen on the roster. Also new to the program will be center Chier Ajou, a 7'1" transfer from Northwestern who played sparingly for the Wildcats last season.

Aside from Sterling Gibbs, who averaged just over 13 points and four assists per game last season, Seton Hall does not return any of their other top five scorers from 2013-14. Gibbs, now a junior, will be looked upon to bring some leadership to this young team, along with senior forwards Brandon Mobley and Stephane Manga.

Aside from those three, the Pirates really don't return a whole lot. Solid guard Jaren Sina (6.0 PPG), and guard Haralds Karlis (1.8 PPG) will also be back, but for the most part this looks like it will be a team that is led by its youth.

Seton Hall will participate in the 2014 U.S. Virgin Islands Paradise Jam early this season, joining notable teams such as Nevada, Clemson, and LSU.

They'll take on Nevada in just the second game of their season as part of the tournament, and they'll also have a shot at Clemson if each team takes care of business in the tournament's first round.

The Pirates also will resume an old in-state rivalry when they face Rutgers in December. A final interesting matchup to their non-conference schedule comes near the end of December, when they'll travel to Georgia for a matchup with the Bulldogs.

The chatter between these two rival fanbases has clearly heated up this offseason, as for the first time in a while it appears that there is reason for legitimate optimism for both of these teams in 2014-15.

It's very fitting that the Pirates and Red Storm will face off to open up Big East play on New Year's Eve. Last season these two played in two games that were decided by a total of two points, with the Johnnies coming out on top in both of them. It should be interesting to see if this new-look Seton Hall team will be able to exact some early revenge in this one.

As I stated earlier, with a nationally-ranked recruiting class coming in this season, for the first time in a while Seton Hall will be one of the more talented teams in the Big East. But as is the case with all teams who feature a young lineup, one has to wonder how long it will take them to come together as a team and hit their stride this season.

It certainly has been done before, and in the wide open Big East, anything is really possible this season. But for now I'd like to see how this team plays together for a few games before making any lofty predictions about them.