Hammer to Rock! A collection of some of the best "Lavin Lines - Steve Lavin's quotables - over the years.

St. John's head coach Steve Lavin has burned through multiple phones making calls; his players, the coaches, broadcasting crews and media friends all talk about Lavin's ability to say a LOT of things, his ability to talk to anyone, and his persistence.

Lavin may be a lot of things, but "lost for words" isn't one of them. Lavin, the son of an English teacher, is known for using synonyms and analogies in many of his statements, leaving a memorable impact on the listener.

The Lavin Lines page is a place for all of the best quips and quotes from the quotable, erudite, excitable, personable, and thoughtful Steve Lavin, the man who inspires the thesaurus in all of us.

This page will be regularly updated; please send us Lavin Lines suggestions. (& use the #LavinLines hashtag on Twitter.) 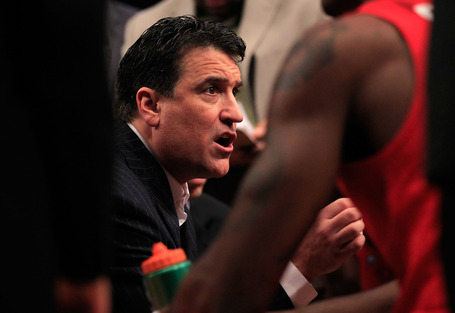 "I call it the magic carpet ride – these 23 years have been a love affair with college basketball."

"I really enjoyed my seven years barnstorming the country as a broadcaster under the wing of legendary Brent Musberger."

"To be able to come back to coaching after a time away in broadcasting – to kind of putting the armor back on – a return to the gladiator pit to fight the lions, it had to be a unique school like St. John’s."

On coping with opposition runs: "It's like [Bjorn] Borg and [Jimmy] Connors in a great tennis match, you don't win every point."

On changing the lineup: "In some cases, it was just trying to send a message, put a little fire under the fanny in terms of attitudes and approach."

On Paris Horne: "We refer to him as the Energizer Bunny and Tasmanian Devil. He's like our Bruce Bowen."

On win: "I thought tonight was an example of a group of kids that really had the ‘sticktoituvness’ and the resolve to find a way to get a victory."

"We tried to prevent Davidson from window shopping over the top of the defense." 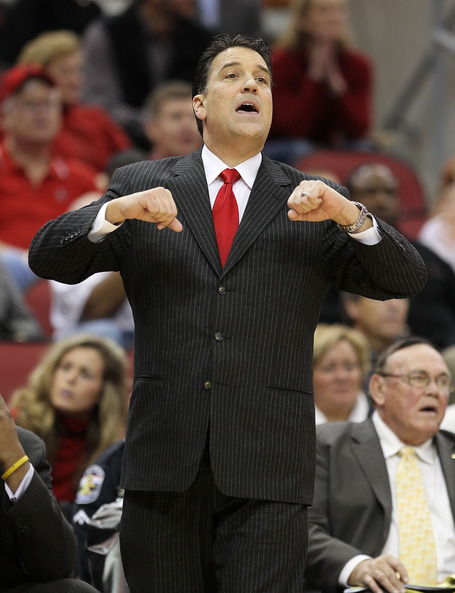 On coaching at the Garden: "Coming down the stretch, you're in the zone as a coach, just focused on the present and looking ahead to the next moment in the chess game that's going on."

On Keady’s influence: "Coach Keady will never let us get away from the brick-and-mortar of basketball and what I call the ABC's or 123's."

On Brey: "Coach Brey has really organized them and you can tell they've bought into playing a cohesive brand of basketball."

On program on the rise: "I think putting together a team that plays a winning brand of basketball is the best way to raise interest and assure that we’re going to continue to have people coming through those turnstiles wearing red, rooting for the Johnnies."

On win: "Our staff was really impressed with the collective effort and the cohesive brand of basketball that we played for 40 minutes."

On Malik Boothe: "He’s someone that can provide those jumper cables for your team."

On Dwight Hardy: "But within his own way, like a dimmer on a light switch, I said, ‘You can be who you are, same light bulb, but with the dimmer bring up the brightness.’ Similar to the volume. It’s the same CD, same lyrics, same soundtrack, just turn the volume up a little bit. Be who you are but amplify the volume or turn up the light." 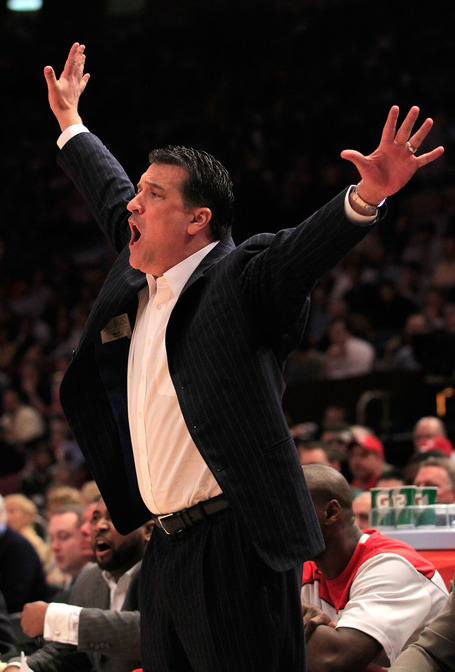 On emotional win: "We’ve had this arduous stretch of games with eight Top-25 opponents and losing five-of-six. At that moment it was just wanting to jumper cable the crowd but also bring some energy for our players, because they deserved a pat on the back and some appreciation for the Yeoman’s effort and the cohesive brand of basketball they’d been playing up to that point in the game against the defending national champion."

On Duke: "They have a system or style of play that unnerves opponents; they get you discombobulated. And then off your turnovers and quick shots they’re off to the boat races."

On long stretch of tough games: "I’ve had teams that have played 12 Top-25 opponents stretched out, but the odds of drawing eight consecutive, from a mathematical probability… it’s got to be one in a zillion."

"We exhibited some resiliency – some impressive counter-punching. It was impressive. Particularly in the Big East, which is such a rugged conference."

"I was worried there wouldn’t be any space. But the Fred Astaire footwork along the baseline, and then the Baryshnikov pirouette. It was a surreal moment."

"It’s satisfying to see this team come through a really arduous stretch in such a rugged schedule."

"[UCLA] is always home, as you know. I spent twelve years there – seven as head coach, five as an assistant. And of course, fired in 2003."

"I really enjoyed my time in broadcasting with my partners Brent Musberger, Dave O’Brien, the Disney Corporation – really a great company."

"It’s an arduous task climbing the Big East Conference, but it’s a challenge that I look forward to."

"We want to find kids who will fit our brand, or style, or pattern of play. It’s a baseline-to-baseline style of basketball."

"There was kind of a methodical, deliberate, and mature way that we separated ourselves from UMBC. So it wasn’t so much of a Blitzkrieg."

"Today, I saw the temperament or the bearing that you like to see in a team. It paid dividends and bore fruit in the second half."

"You can be up 14-2, but the energy could not seem right – where the central nervous system doesn’t seem right."

"There is a pattern over these three games – I don’t like to get carried away with statistical data because that could be misleading at times."

"You want to be mindful of things you can add to your own tool belt."

"The season is long, it’s a marathon. We’re just getting started here."

"There was a breakthrough in terms of our sustained energy and intensity."

"It’s been about five weeks since the surgery. I don’t know the exact amount of days. Fratto will be on that. He’ll tweet it."

"The other night, there was a little more fire and brimstone because we were down 16."

"The outcome of [the two 2K Sports Classic games] will give us a better of idea of where we are in terms of the arc of a season."

"Like a locomotive, we’re just pulling out of the station. Our hope is that with each practice and game, you gain a little more steam. You hope, by February or March, you’re moving down the tracks at a pace that you can do something special."

On match-up zone vs. man-to-man defense: "We’ll salt and pepper it. Just like a pitcher in baseball. To be able to go to a curveball, slider, and come back to your fastball."

On Lindsey: "Like a surgeon, he really cut up our opponent today."

"Malik [Stith] may be better running the floor and getting catches where he can, kind of like a receiver in football, get yards after the catch and make cut-backs."