The SEC/ Big East Challenge brings the undersized but aggressive Gamecocks to Carnesecca.

Share All sharing options for: 5 questions with Garnet and Black Attack on the South Carolina Gamecocks

In South Carolina, a new era of basketball has dawned. Successful Frank Martin has moved his scowling, hard-nosed ways east from Kansas State to the Palmetto State, South Carolina. The Southeastern Conference sends the South Carolina gamecocks to New York to face St. John's in the SEC/ Big East challenge on Thursday, in a game that should be a test for both teams.

There's a fantastic South Carolina blog, Garnet and Black Attack, and they just so happen to cover basketball. We spoke to Gamecock Man on their side for the Q and A, and I answered some questions that appear on their site.

Take a read. Learn more about the squad from Columbia, how they're developing under Frank Martin, how they've exceeded early expectations offensively, and whether there is worry about the St. John's attack, below.

Norman, Rumble in the Garden: Tell us about the difference in hopefulness after Frank Martin was hired. 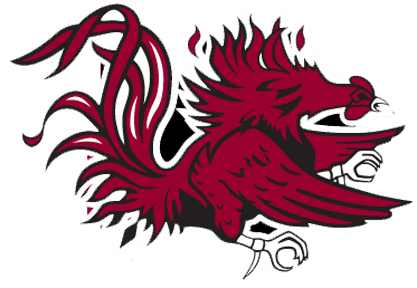 Gamecock man, Garnet and Black Attack: Huge difference. We were going nowhere under [former South Carolina coach] Darrin Horn. Horn did well in his first season and seemed to recruit well, but his teams were poorly coached. They didn't have an offensive identity and struggled to score the ball once Devan Downey graduated.

Come to think of it, the fact that Horn never made it to the NCAA Tournament while Downey was on the roster is pretty bad. Downey was one of the best we've ever had.

In any event, Martin came in with stellar credentials, and the team has already shown signs of playing fundamental, smarter offensive basketball. Improving the quality of the roster will be important for Martin, but so far, so good.

RITG: ...who is on this Gamecock team? Whose names will we be calling on Thursday, and who has the best chance of making a national name for himself in his first true road game?

GBA:The players to look out for, IMO, are Brenton Williams, Lashay Page, Lakeem Jackson, and Michael Carrera. Mindaugas Kacinas is another player who seems to be coming into his own a little bit. Williams and Page form a decent backcourt. Their defensive skills are a bit wanting, but they're good scorers, particularly when Page gets hot.

Jackson is a bit of a jack-of-all-trades. He's the most athletic player on the court for Carolina and can play most of the positions with some effectiveness. His offensive game is a bit limited, but he'll score points because of his ability to make plays in transition, to attack the basket, and to get offensive rebounds. Defensively he's very active.

Carrera has been the surprise of this year's freshman class. An undersized forward who wasn't really recruited by any programs of note, he's turned out to be a very solid player so far. He works the boards well and has a real knack for getting to the free-throw line, which is something Martin likes.

Kacinas is a swing man who is helping us on the boards and scoring points.

RITG: Here's what I get from a look at KenPom's South Carolina page - good scoring, aggressive offensive rebounding... but none of the trademark defense that Frank Martin's teams usually play. What is it that the Gamecocks do well, and where are they weak/ exploitable?

GBA: There have been some exceptions, such as the Elon game, but we've been better offensively than I expected because we're playing Martin's style of offense. Last year, this team settled for too many contested threes instead of working the ball around to look for high-percentage baskets.

There's been a new-found focus this year, though, on attacking the basket, creating better scoring opportunities, and getting to the free-throw line. This has helped a team without a whole lot of offensive firepower hold its own so far.

Defensively, we just haven't been able to transcend the lack of talent, even with Martin. One thing to notice is that we're not good in the post. Carrera plays tough defense, but I really worry that his size is going to kill him against better, bigger front lines. Our center, R.J. Slawson, is generally not a good defender. Jackson defends well on the wing and can slide inside in some situations, but he's undersized for true post defense.

RITG: Are the Gamecocks ready to make their name against a high-major opponent after playing middling teams?

GBA: I'd like to think so, but I'm a bit skeptical.

The only thing separating USC from being 3-3 against a weak schedule is a couple of overtime wins. I'm happy we got those wins, and even happier that we played our best game of the season in our last game, which was against Arkansas-Little Rock.

However, like I've said, this Carolina team is low on legitimate high-major talent. Getting Bruce Ellington back, who is a step up defensively from Page and Williams and is the most natural scorer on the team, will help, but he's not back yet, and there's nothing to solve our problems on the front line coming anytime soon.

I fear that playing a high-major team is going to be a real brutal moment of self-discovery for this team. Obviously, St. John's has yet to break through this season, but you guys have much more complete roster than we do. I'm worried about this game, to be honest.

RITG: What's it like being in a stable conference?

GBA: If by "stable" you mean "stably Kentucky and Florida's world," I'd have to say it stinks. In all honesty, we love the SEC, but it comes with more perks in football than basketball, where we've failed to find sustained success. And it's not that stable, by the way.

Sure, it's no Big East, but we just added Missouri and Texas A&M. Which reminds me, we have to play Mizzou this year. Yay.

RITG: what's there to admire about this Gamecocks team so far? What do you worry about with them facing St. John's this week?

GBA: I admire the development of an offensive identity. I worry about our failure to play good defense against a St. John's team that has offensive weapons that may prove too much of a challenge to us.